Cantonese cuisine Youtiao (Deep-Fried Dough Sticks) steamed egg with 3 bowls of rice in seconds
Youtiao (simplified Chinese: 油条; traditional Chinese: 油條; pinyin: Yóutiáo) is a long golden-brown deep-fried strip of dough commonly eaten in China and (by a variety of other names) in other East and Southeast Asian cuisines. Conventionally, youtiao are lightly salted and made so they can be torn lengthwise in two. Youtiao are normally eaten at breakfast as an accompaniment for rice congee, soy milk or regular milk blended with sugar. Youtiao may be known elsewhere as Chinese cruller, Chinese fried churro, Chinese oil stick, Chinese doughnut, Chinese breadstick, and fried breadstick.
In Malaysia, Indonesia and Singapore, they are called you char kway, cakwe, cakoi, kueh, or kuay. In the Philippines, they are called bicho/bicho-bicho or shakoy.

== Culinary applications and variants ==
At breakfast, youtiao can be stuffed inside shāobǐng (simplified Chinese: 烧饼; traditional Chinese: 燒餅; lit. ‘roasted flatbread’) to make a sandwich known as shāobǐng yóutiáo (simplified Chinese: 烧饼油条; traditional Chinese: 燒餅油條). Youtiao wrapped in a rice noodle roll is known as zháliǎng. In Yunnan, a roasted riceflour pancake usually wrapped around a youtiao is known as erkuai (simplified Chinese: 烧饵块; traditional Chinese: 燒餌塊).
Steamed egg is a traditional family dish suitable for all ages. Yutiao steamed egg is developed on the basis of ordinary steamed egg. Because China in the old society was not rich, it was not easy to eat eggs once. The amount seems to be larger, so add the fried dough sticks and steam it together, so there are a lot of steamed eggs, so fried fried dough sticks are often eaten by the poor. Recalling that when I was a child, my mother used to cook this dish for me bibimbap. The monotonous egg was paired with fritters and a little mustard to taste. A bowl of rice was finished in a short time. Therefore, I often hear this sentence in my house~ "Youtiao steamed egg, 3 bowls of rice in seconds."

The practice of steamed egg with fried dough sticks 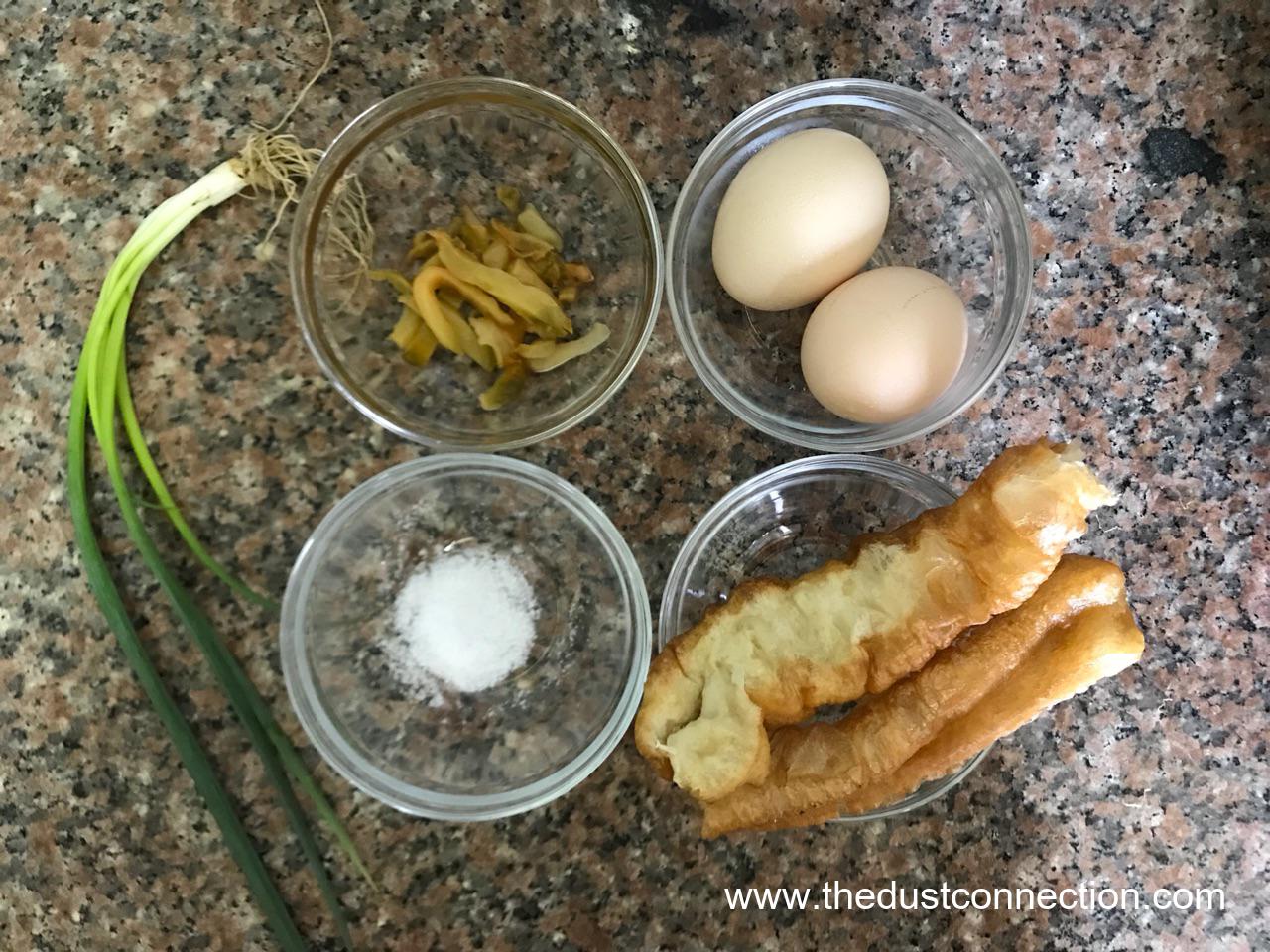 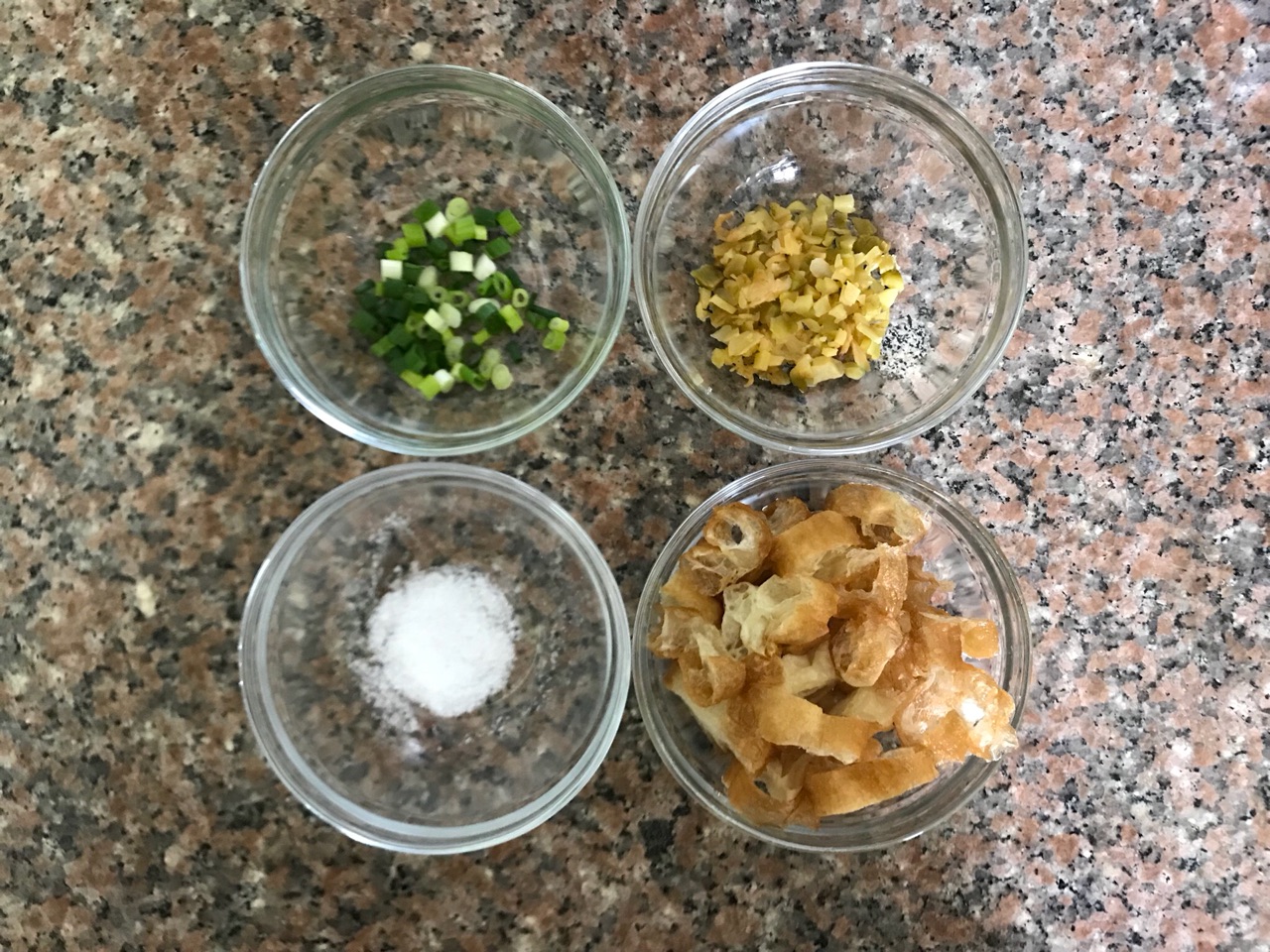 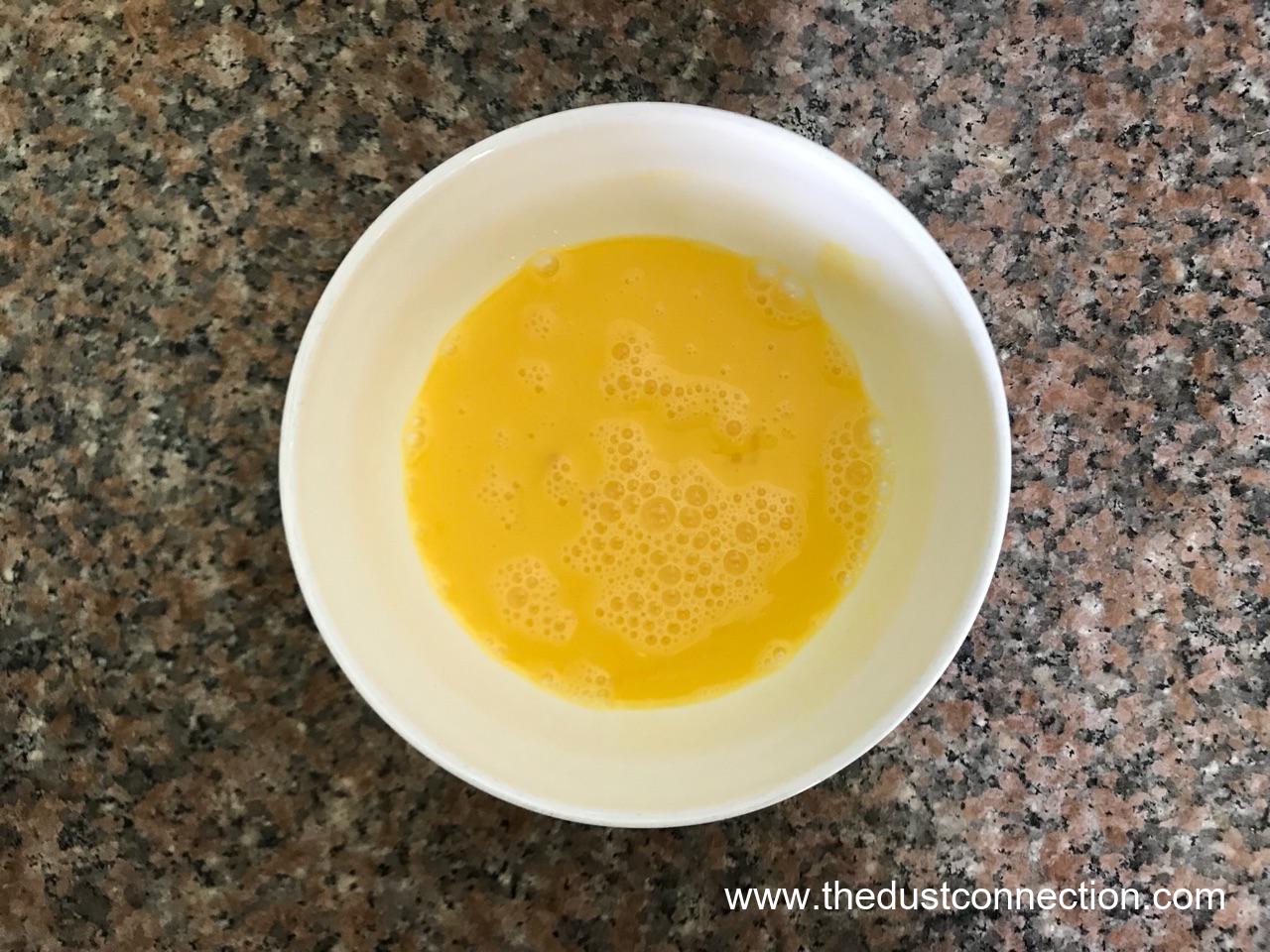 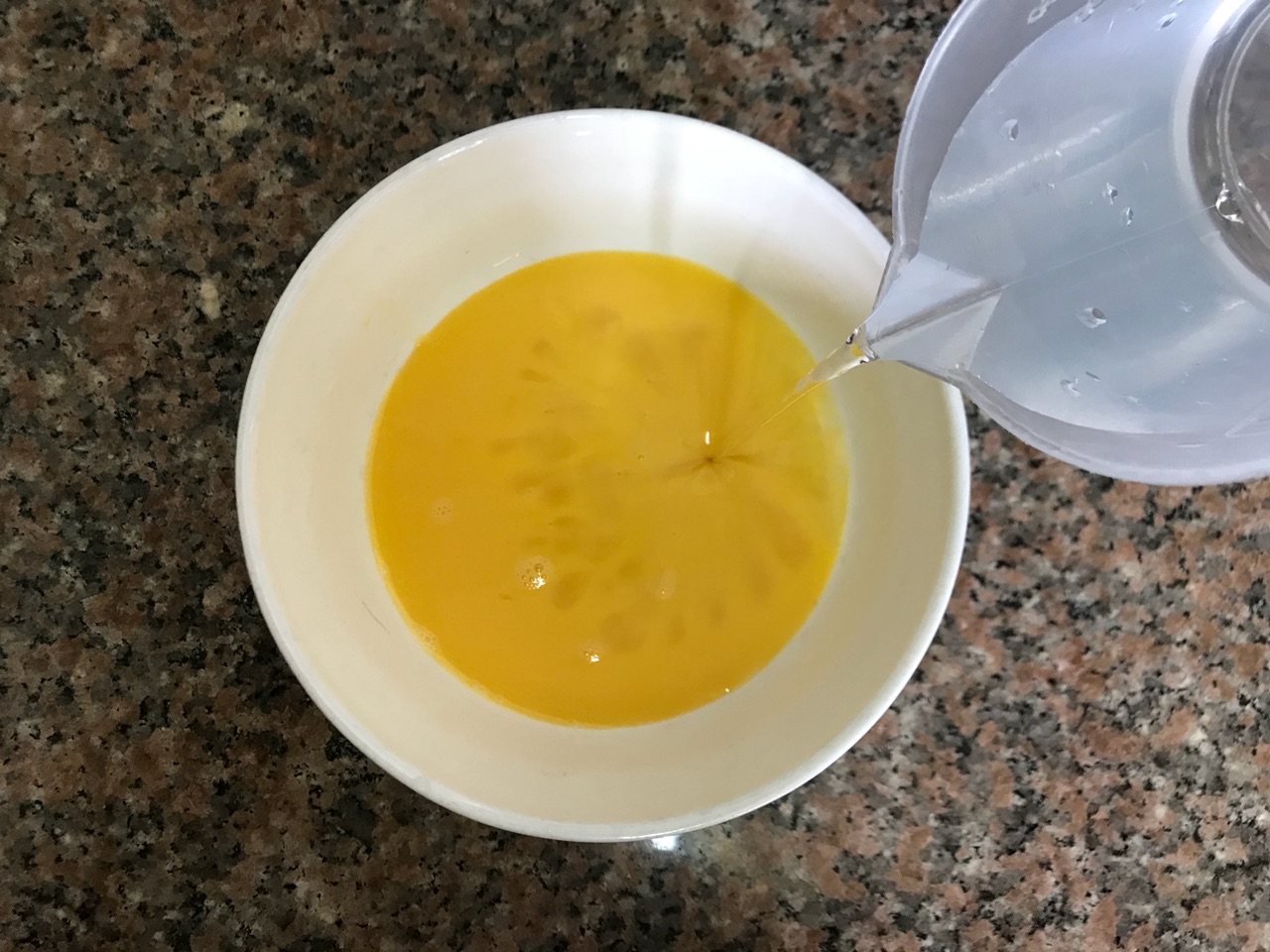 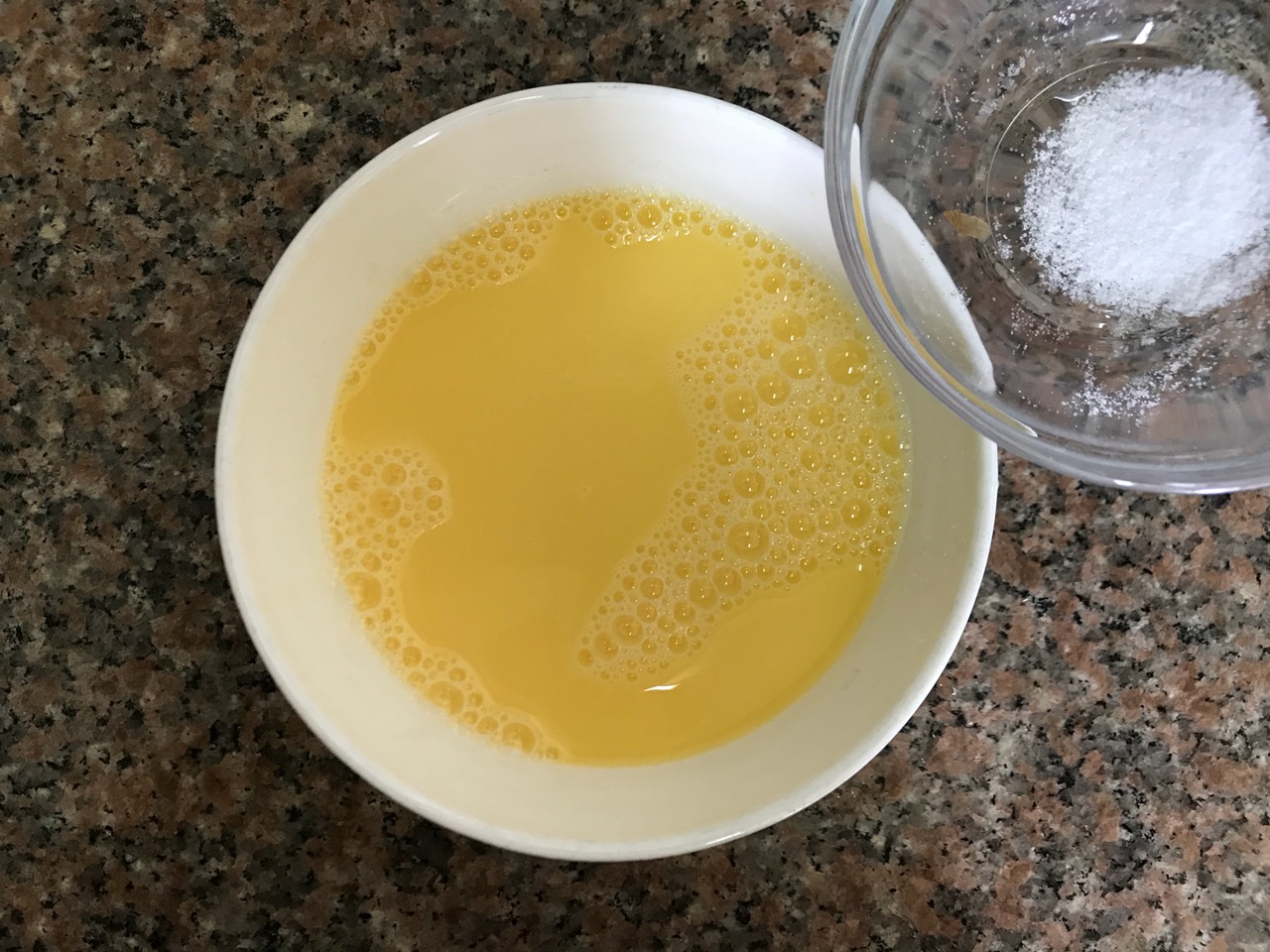 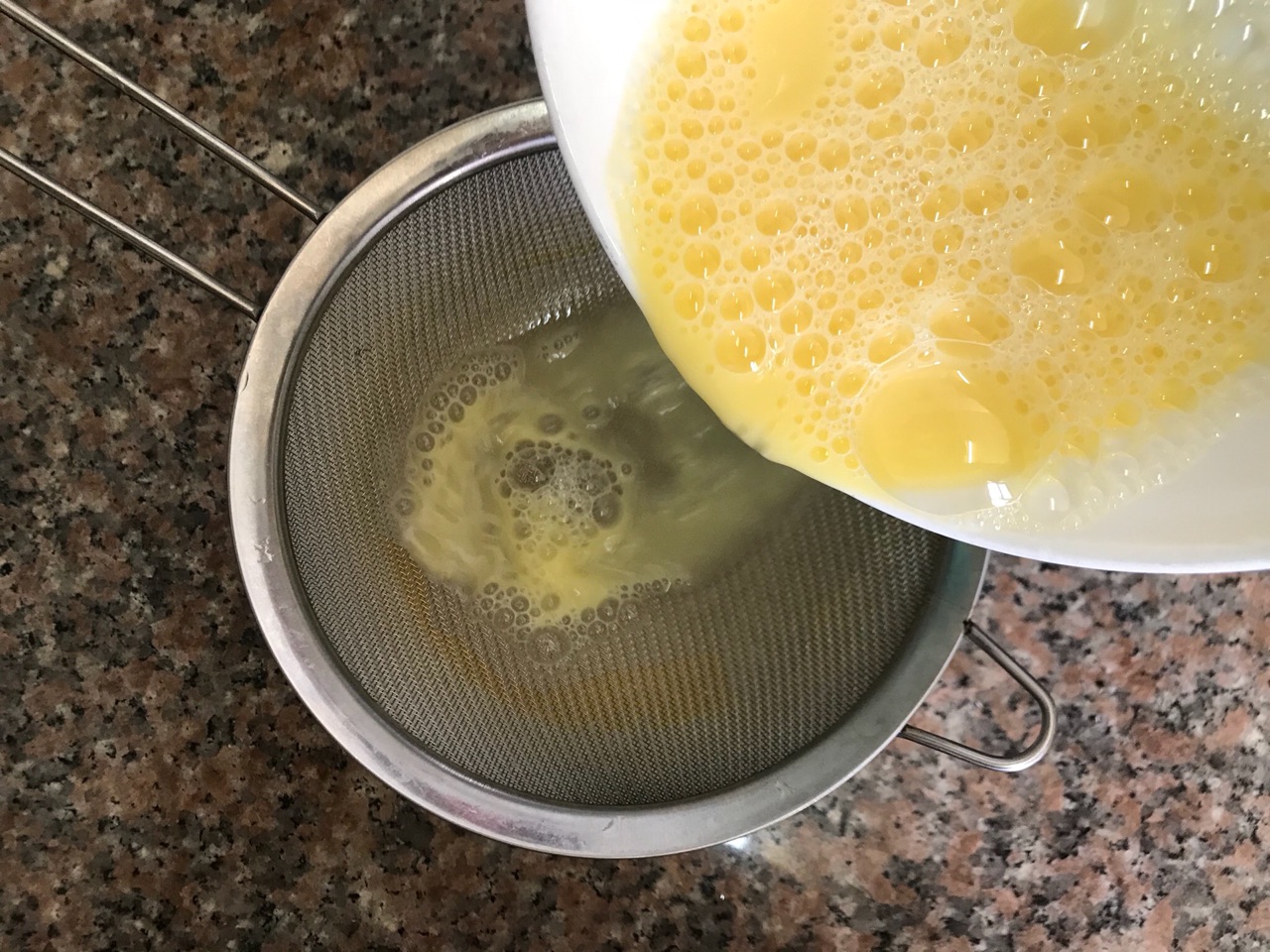 Filter the egg liquid with a strainer to remove air bubbles. 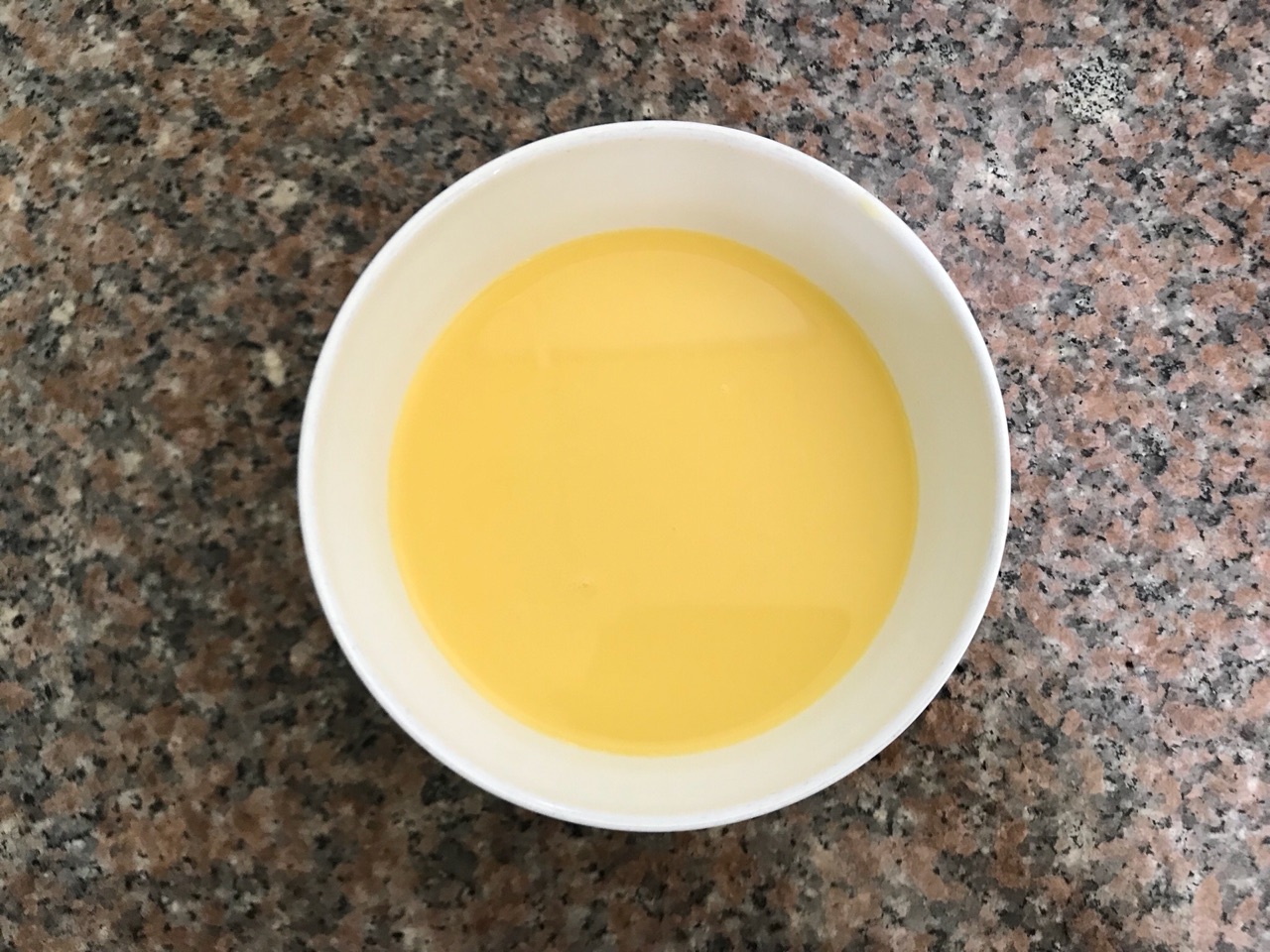 This is the filtered egg liquid. 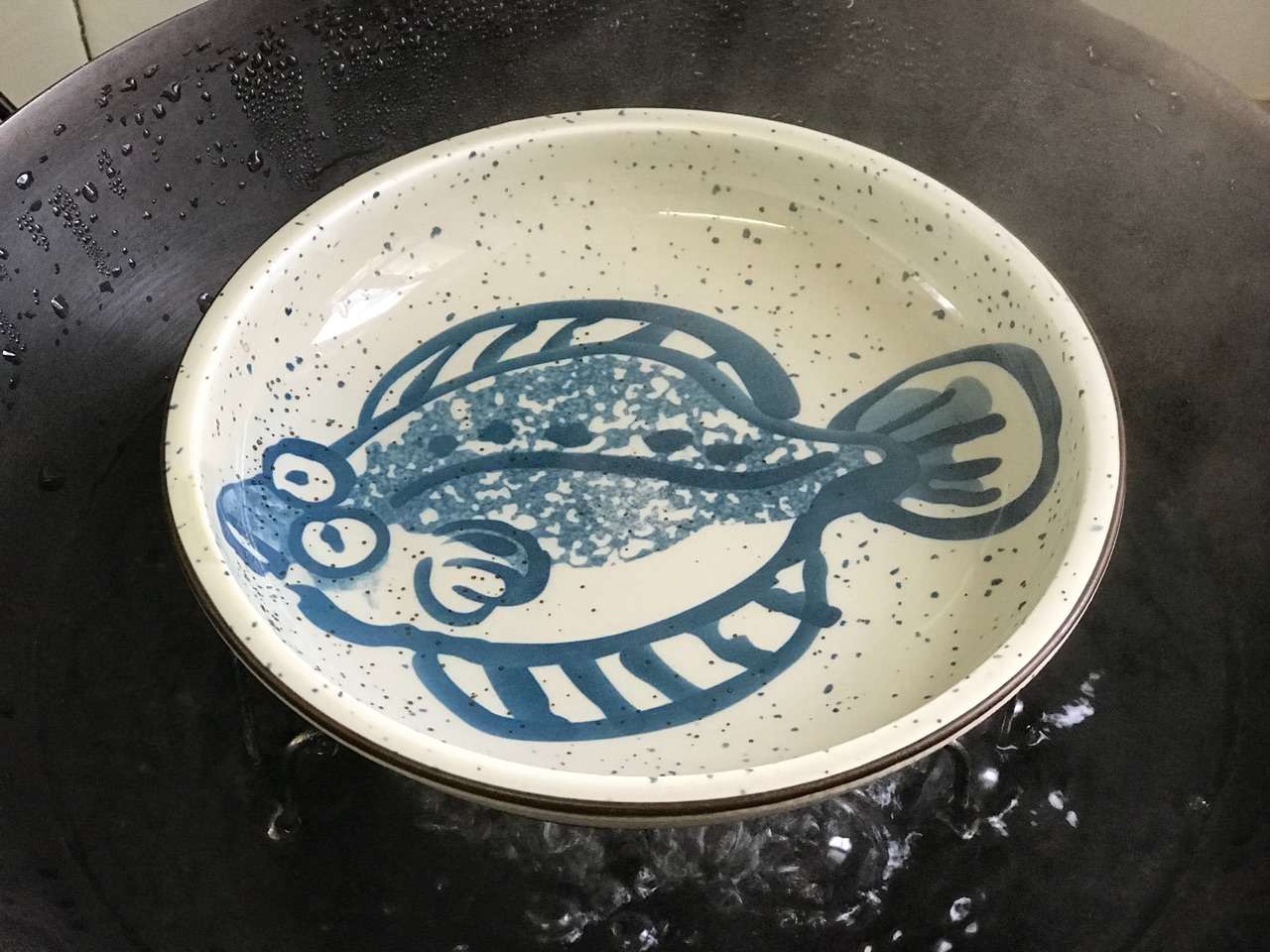 Put a proper amount of water in the pot to boil, put it in the steaming rack, put in a deep porcelain dish, steam it, take it out, and wipe the hot dish dry. 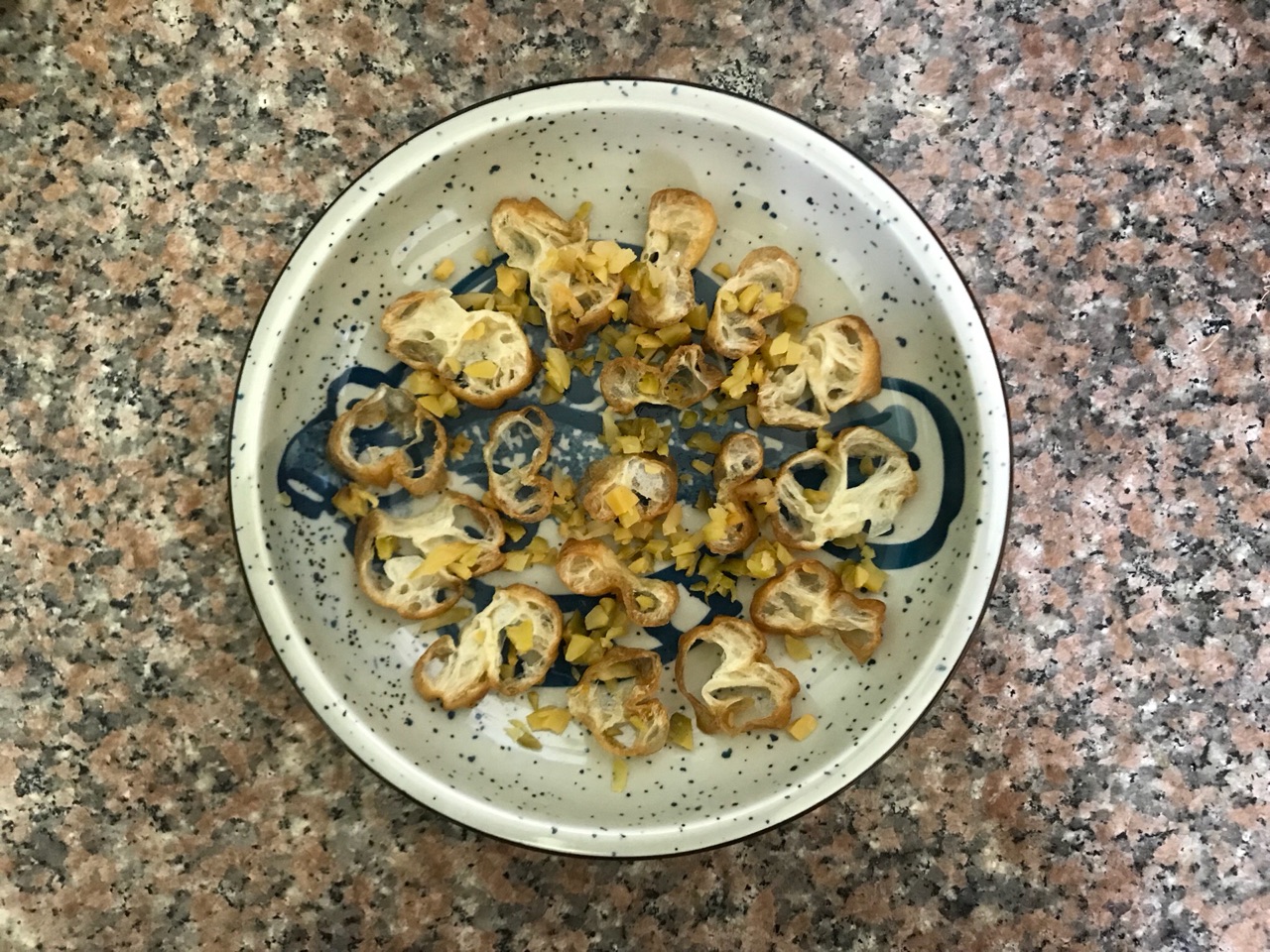 Drain the fritters and sprinkle with mustard diced. 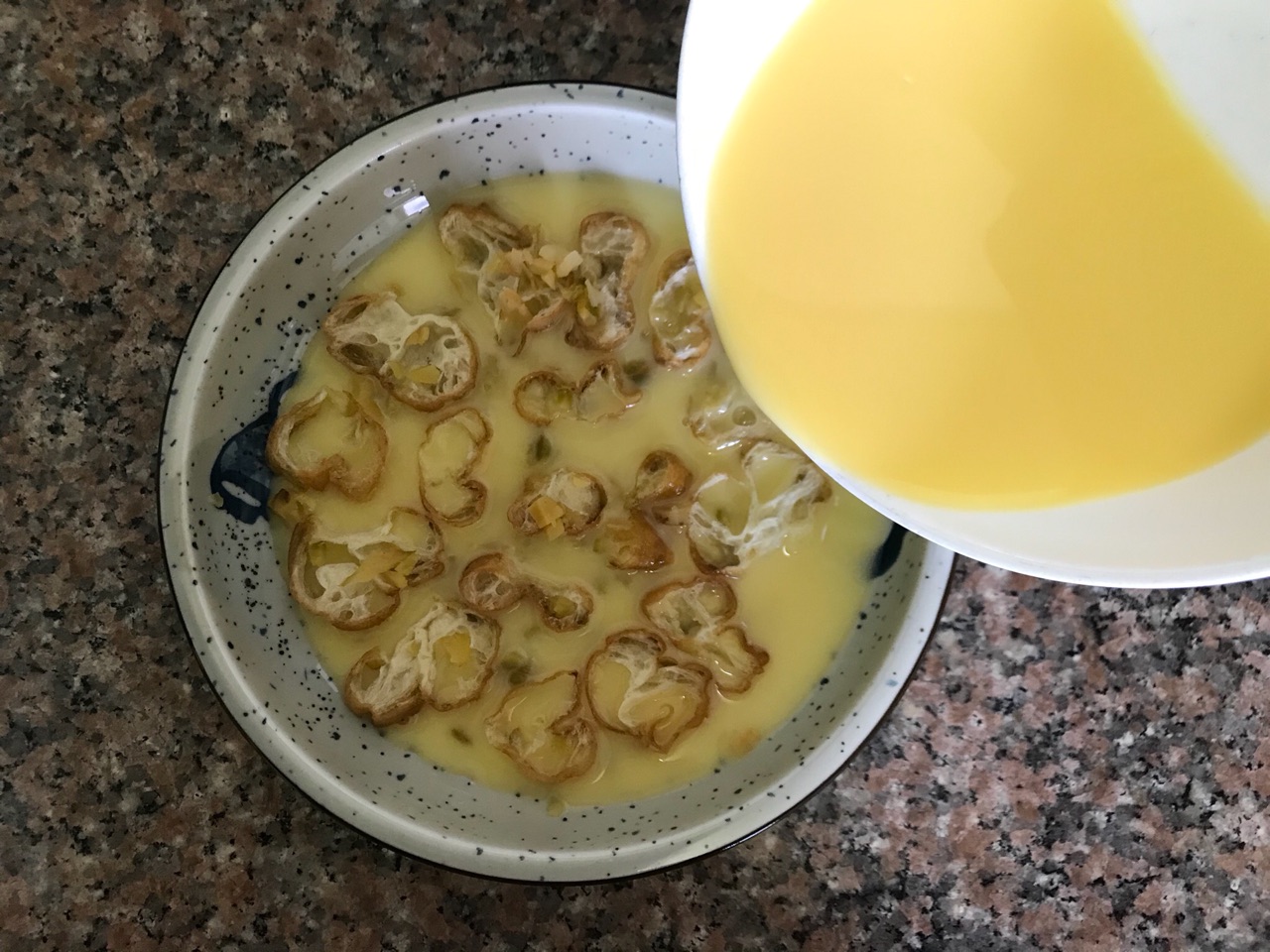 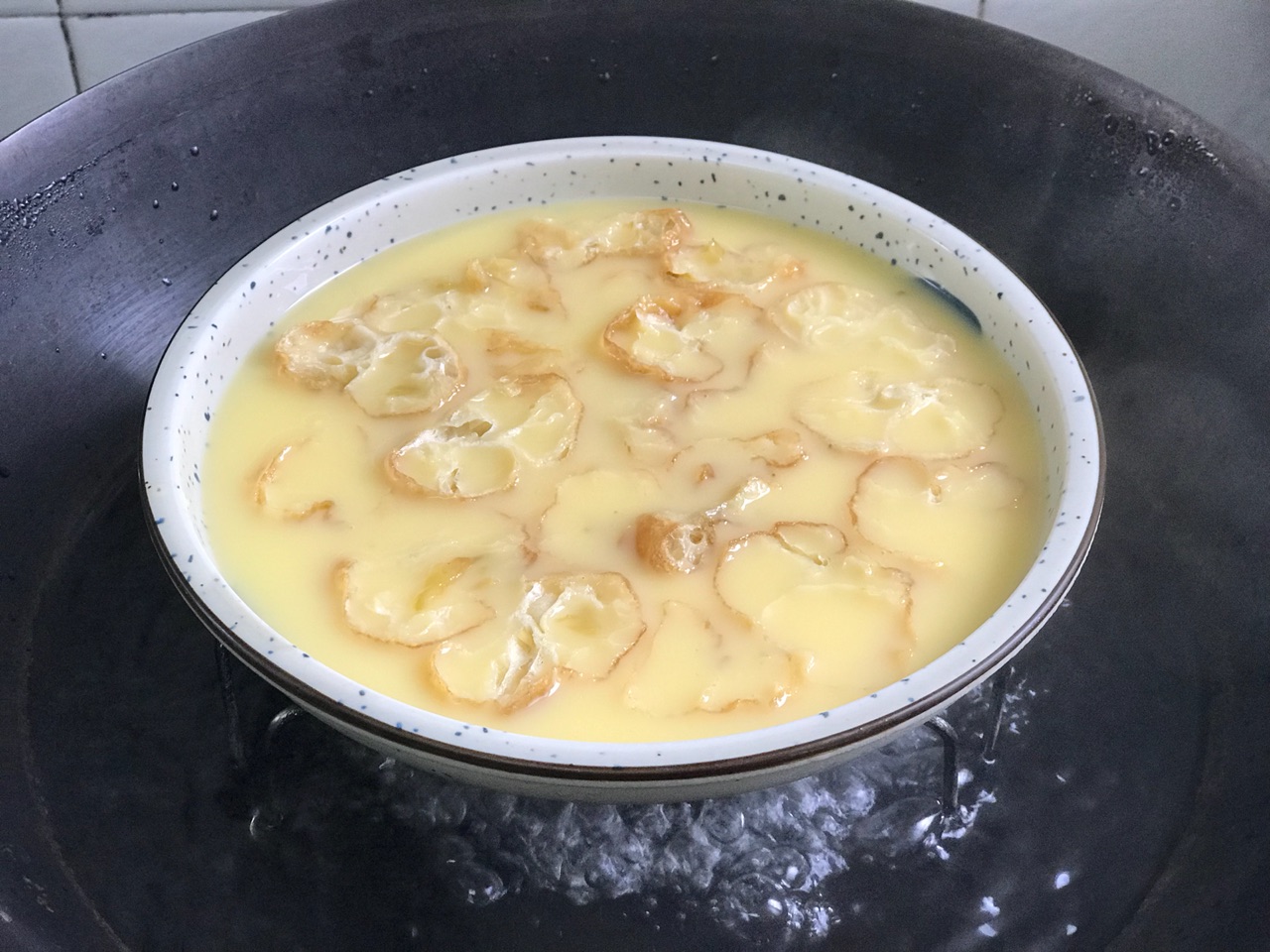 Steam over high heat for 7 minutes, move the dish gently, and the egg noodles can be taken out after solidification. 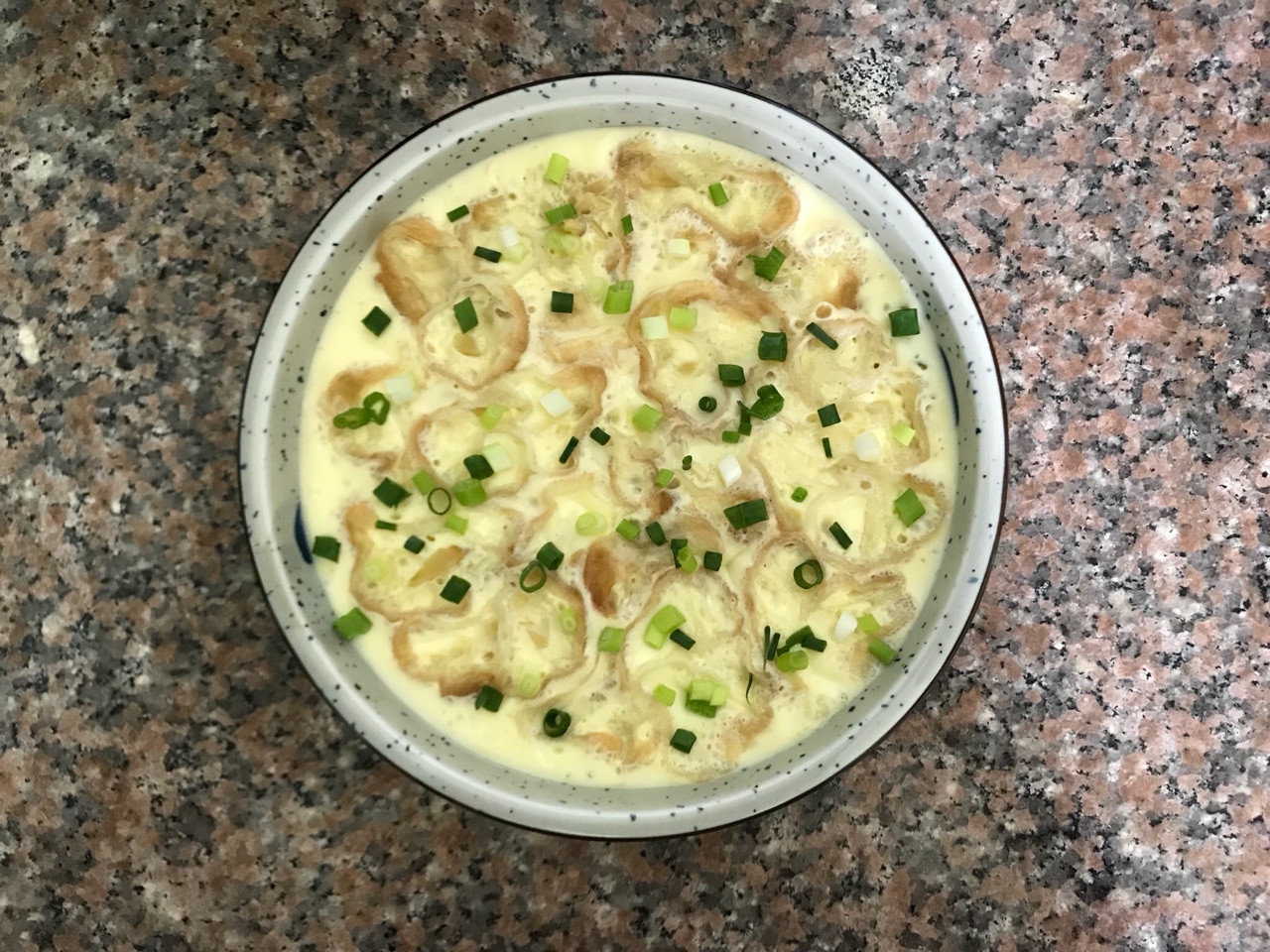 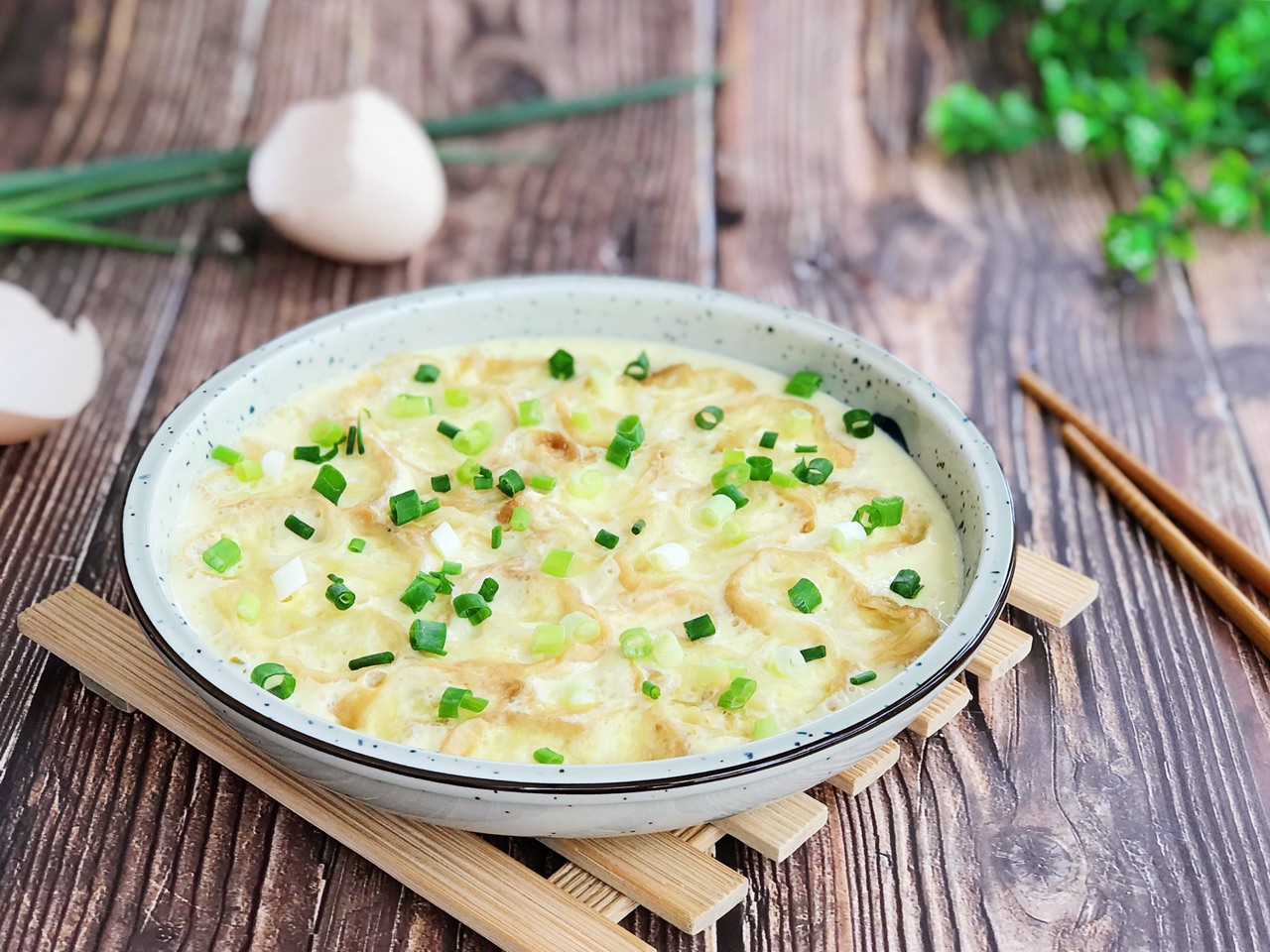 1. The water for steamed eggs must be boiled and let cool water. Because the water that is not boiled contains bubbles, you can also use clear chicken soup instead of cold boiled water.
2. Filter the egg liquid with a strainer to filter out bubbles, which can make the steamed egg more tender and smooth.
3. Material weight: 1-2 people.