Sweet and sour pork sits among Some of the most well-known Chinese dishes outside of China. It’s widely believed to be a Cantonese dish, Known colloquially as Gulaorou, Which roughly translates to “ancient pork”. Some tales say the name comes from the sound people make,  As they gulp down the delicious bites of pork.

I have asked some of the friends in UK, about what are their favorite Chinese dishes, I get mostly half of them choose Gulaorou.

Gulaorou in chinese and What does it mean?

Sweet and sour pork is a classic Cantonese dish. Its fame is such that the Chinese call it Gulaorou, meaning pork with a long history. Perhaps this has something to do with its origin, which some Chinese writers have linked to the famed sweet and sour spare ribs from Jiangsu province.

In this video, we will teach you how to make Gulaorou step by step, so enjoy it. 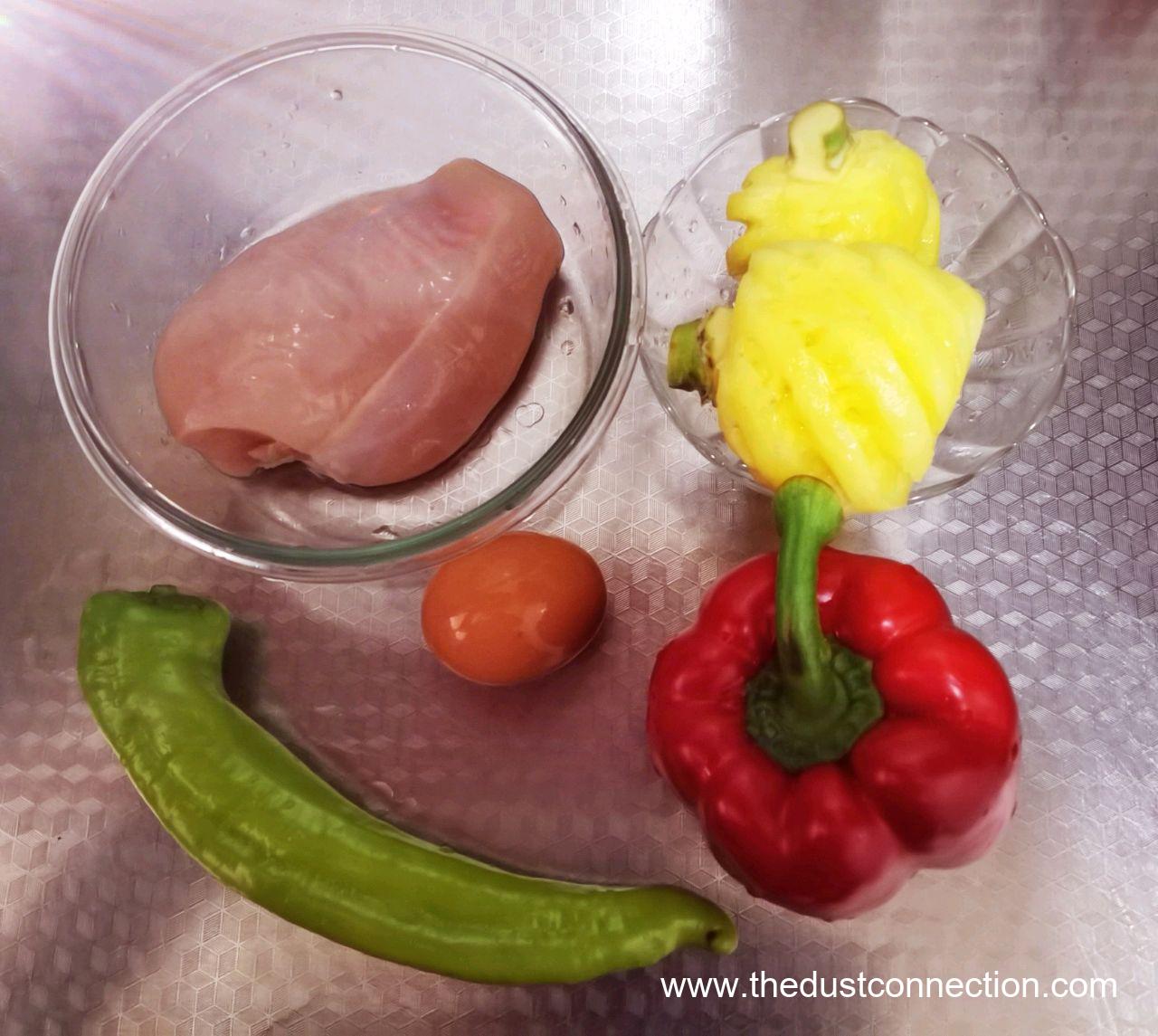 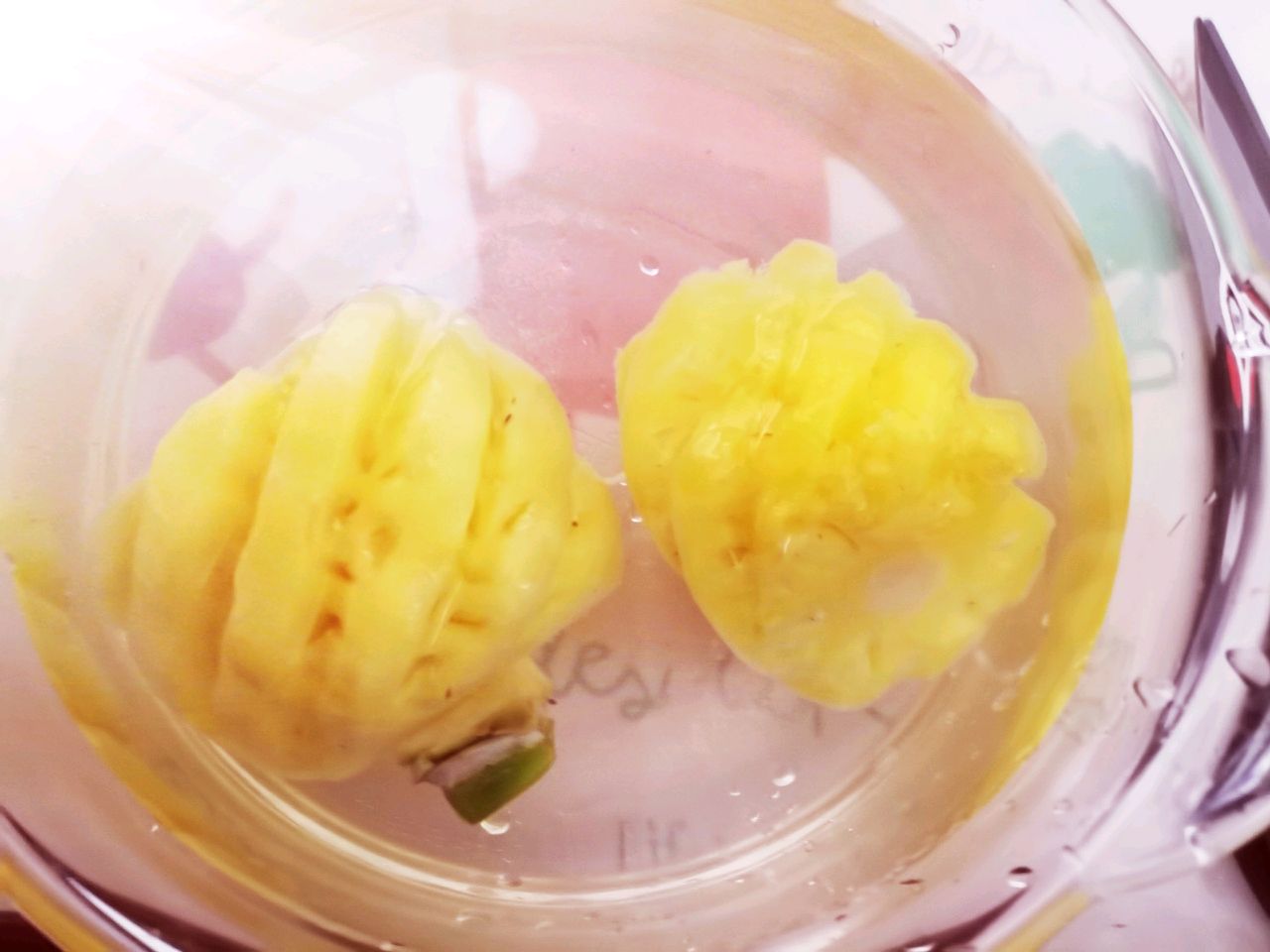 Soak the pineapple in salt water for about 10 minutes 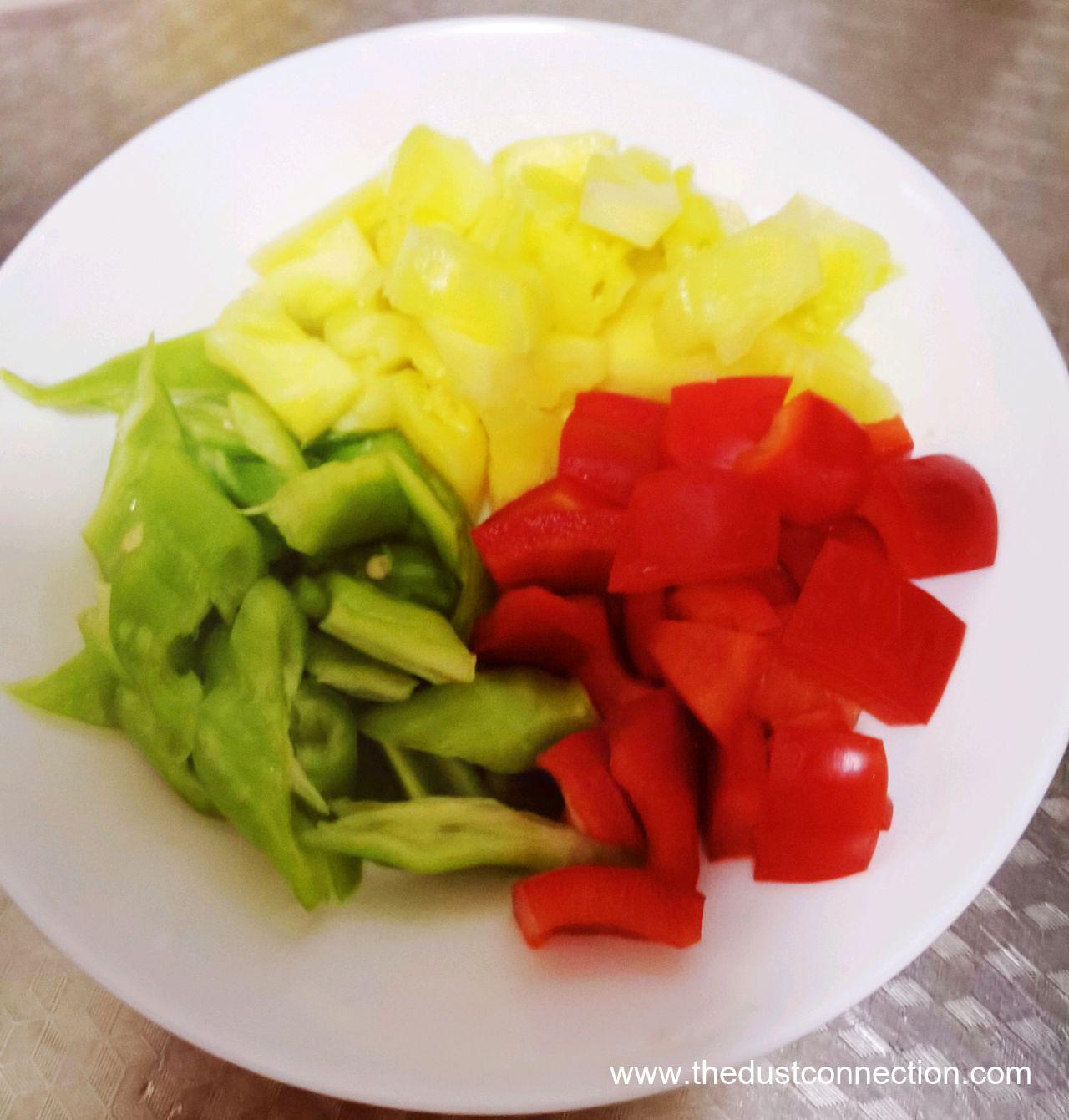 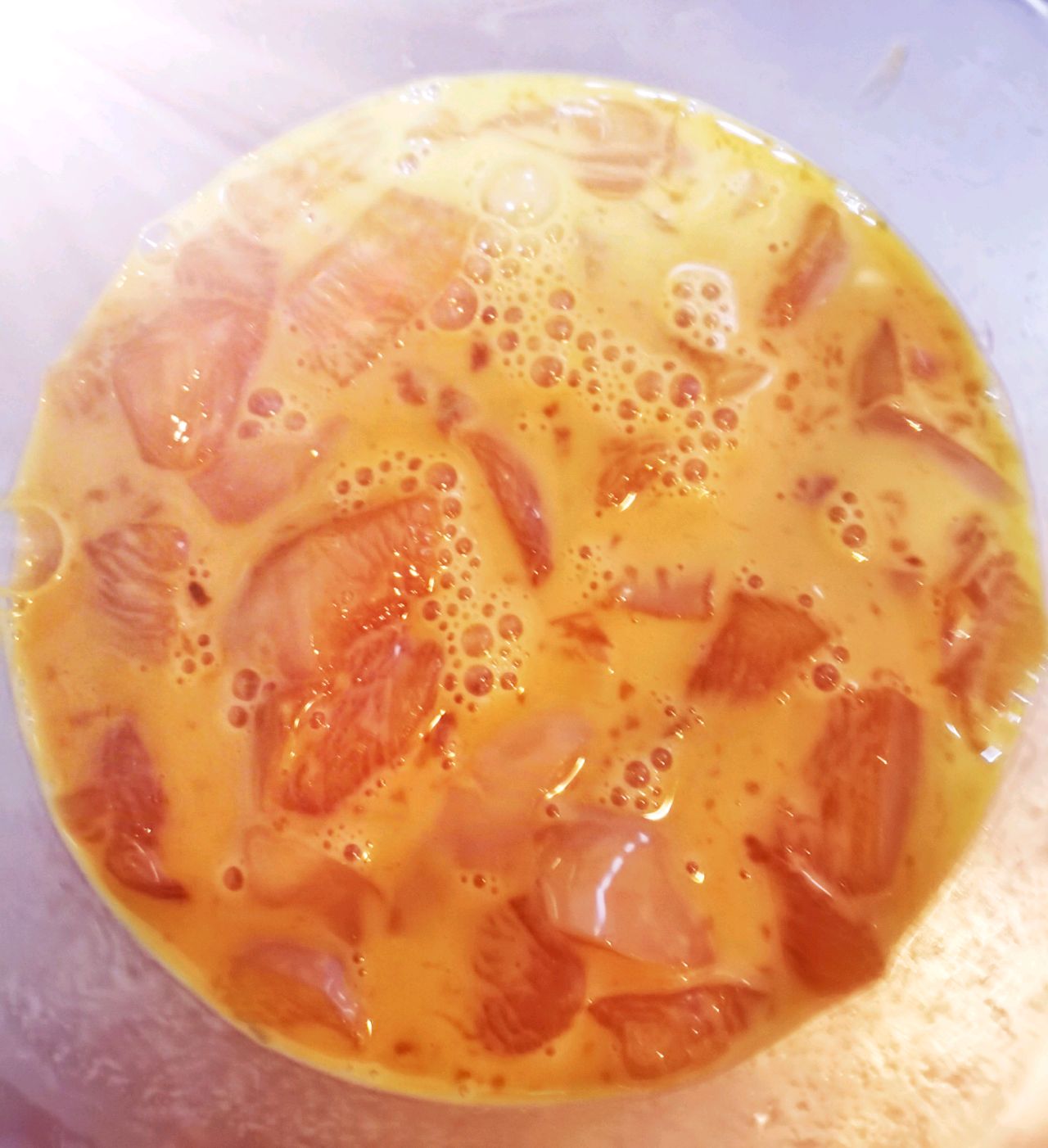 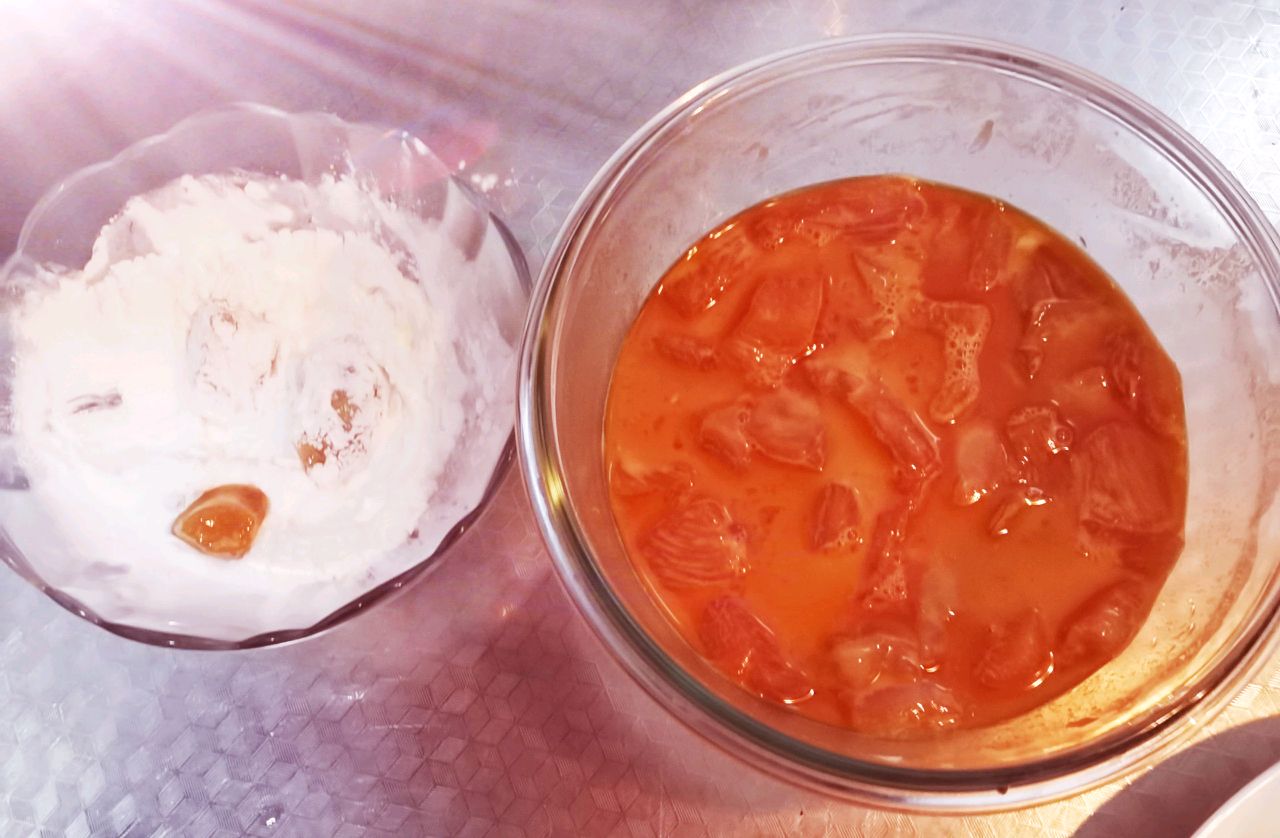 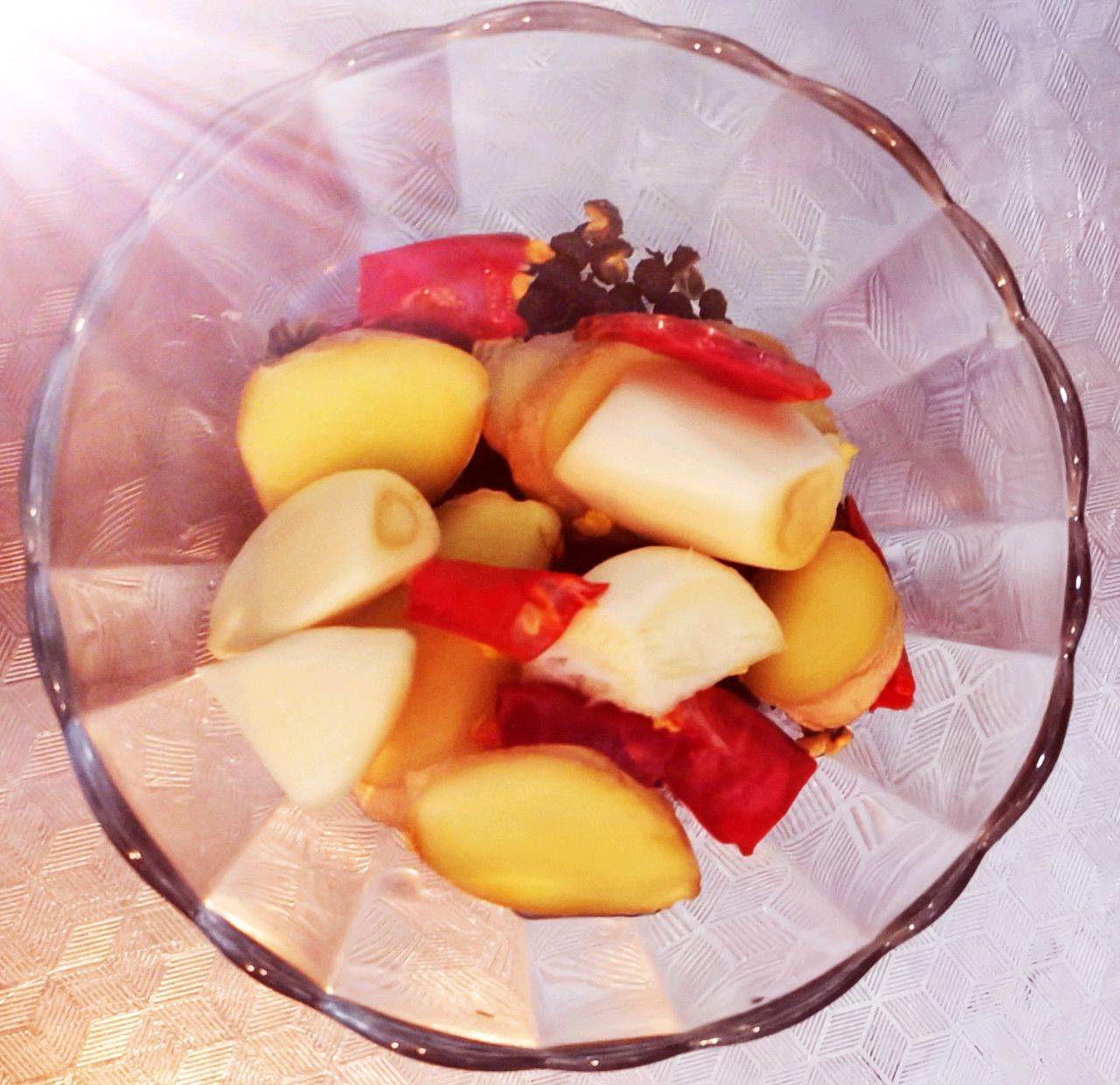 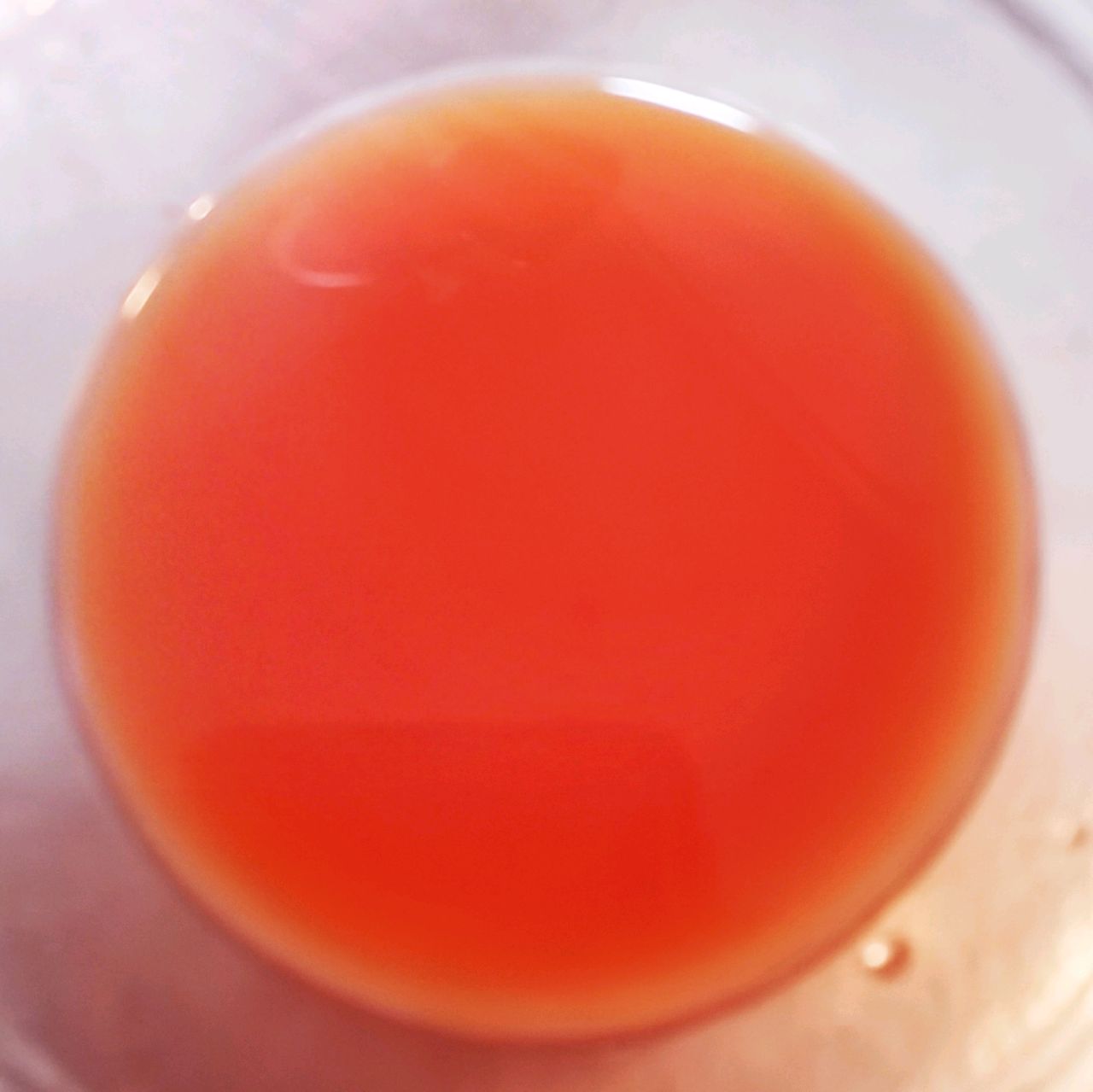 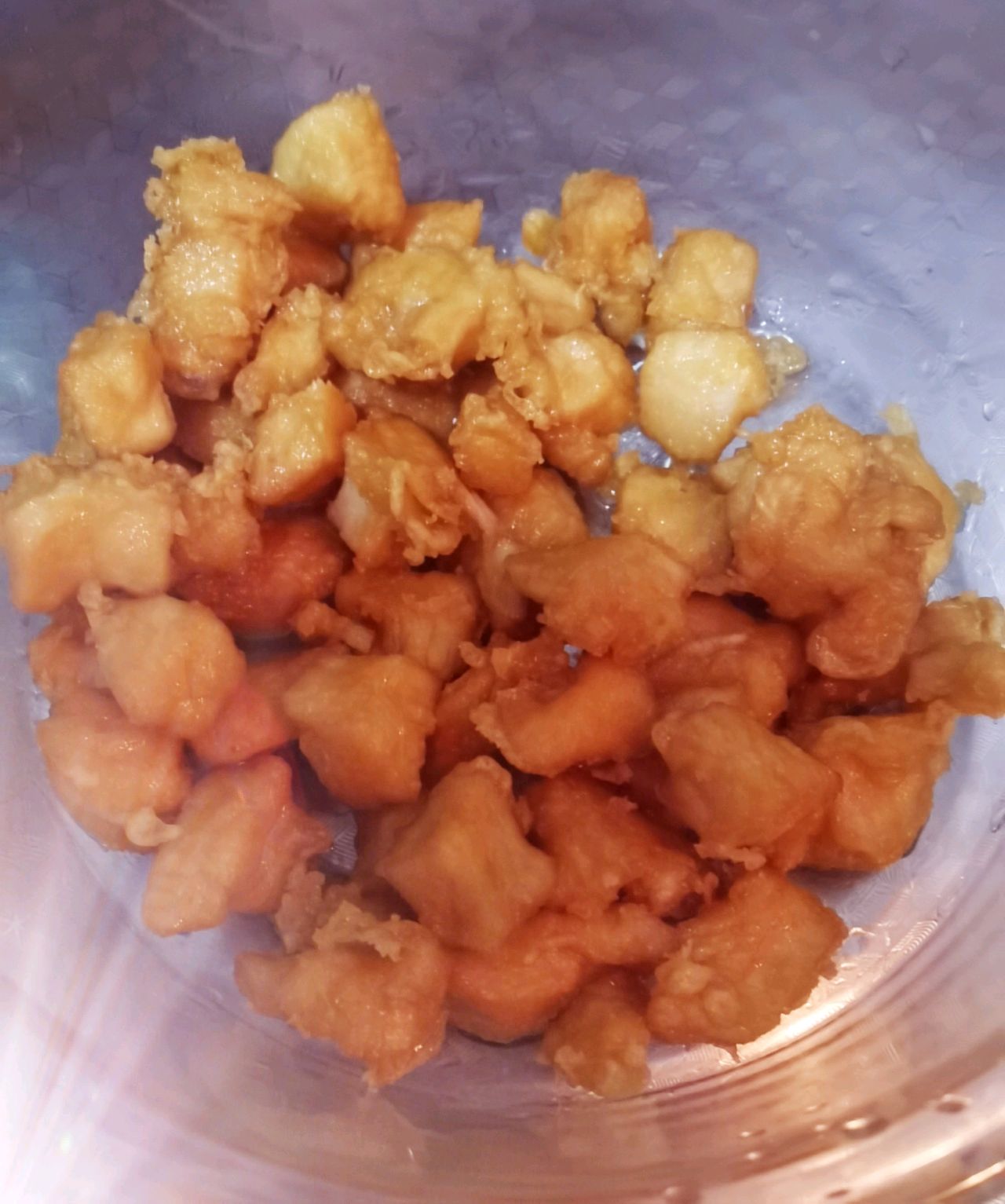 Heat the wok and add more oil, then add in the starch-coated pork tenderloin, deep fry the meat until golden brown and set aside. 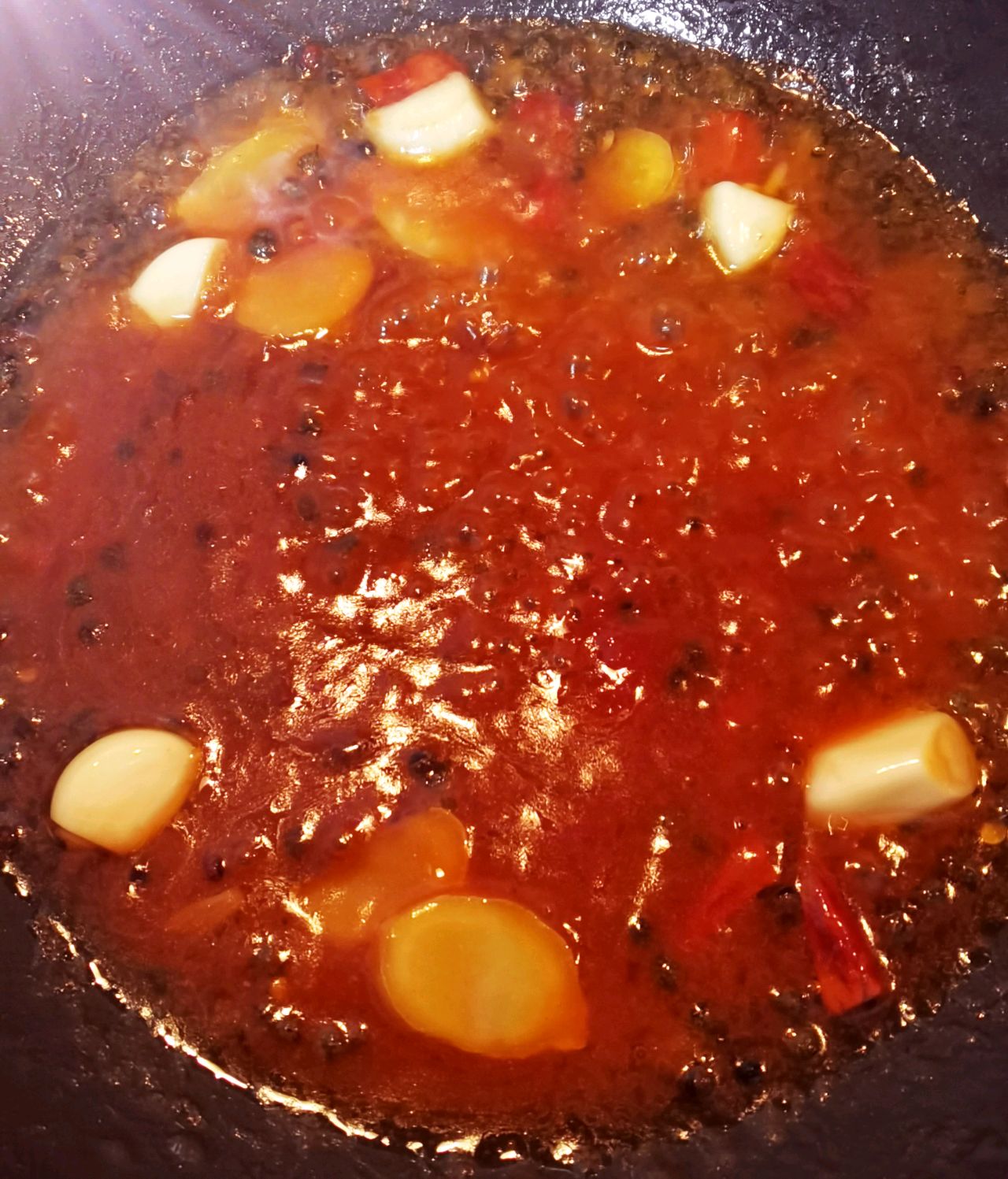 Leaving a small amount of oil in wok, add green pepper, ginger slices, chili slices, and garlic slices to fry until fragrant. Pour in the sauce.

At this time, you can taste it. Only if the sauce is thick enough, this dish will taste good. If it feels not thick enough, you can add some ketchup and white pepper. 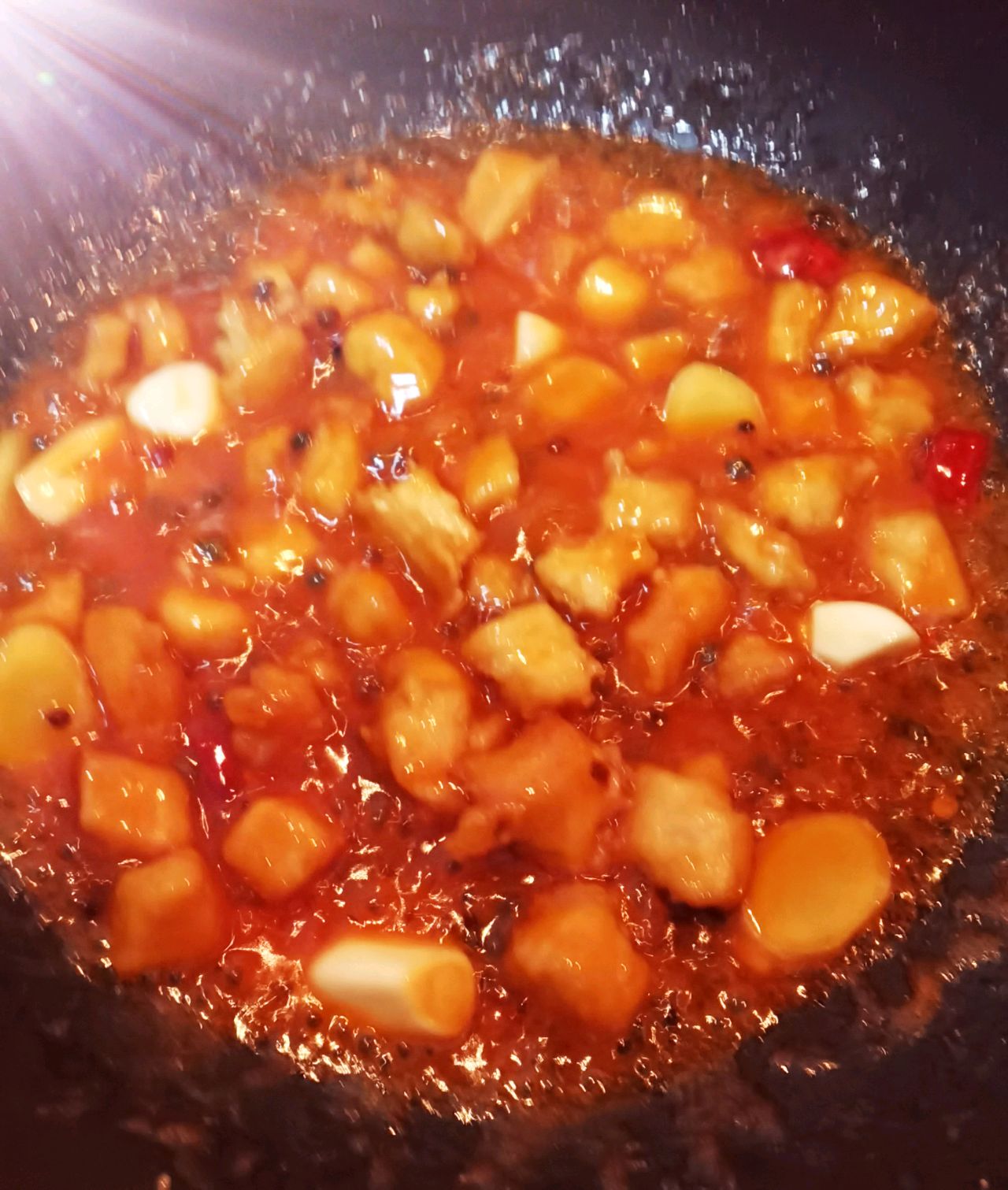 After the soup is boiled, add the previously fried pork tenderloin. 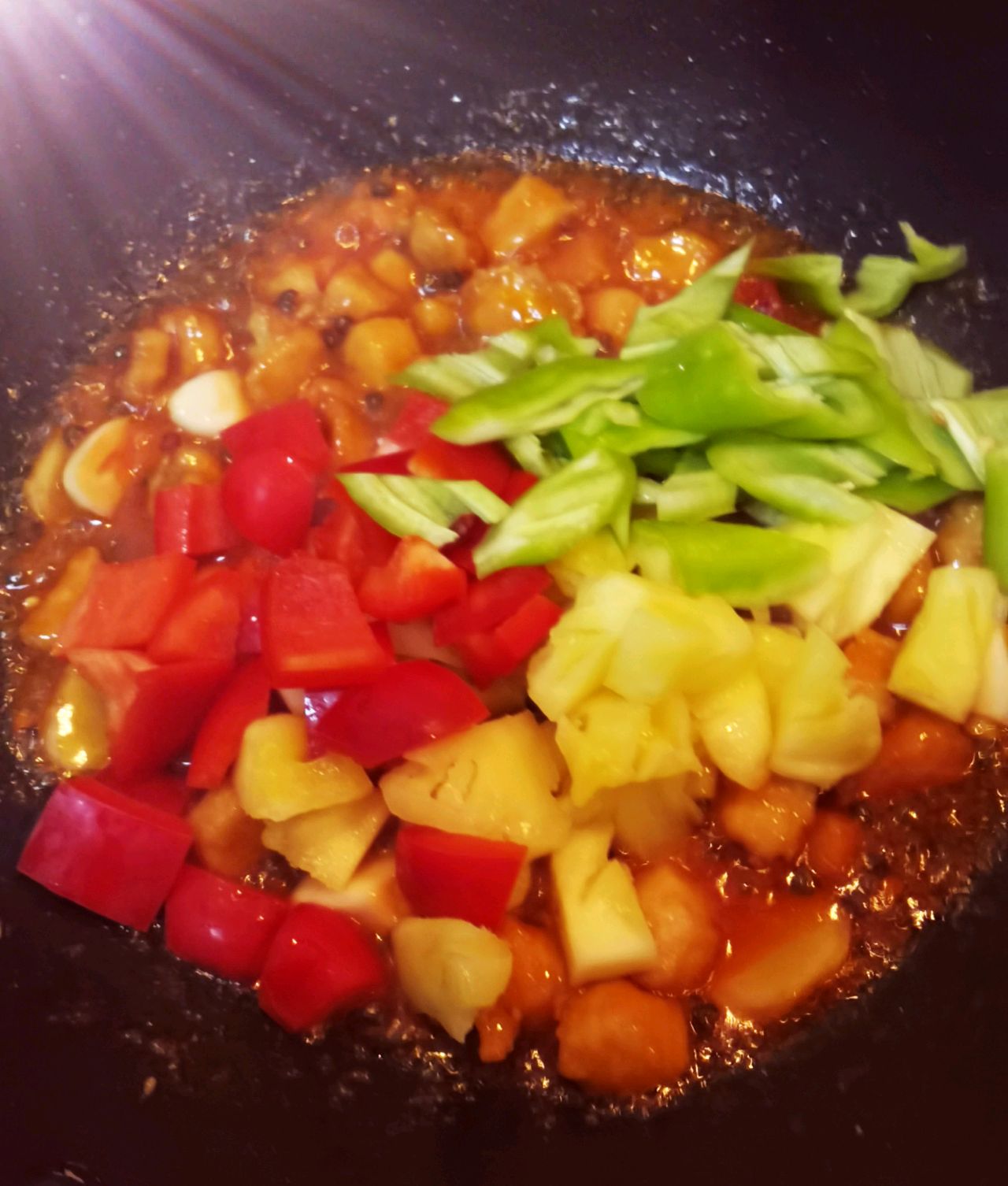 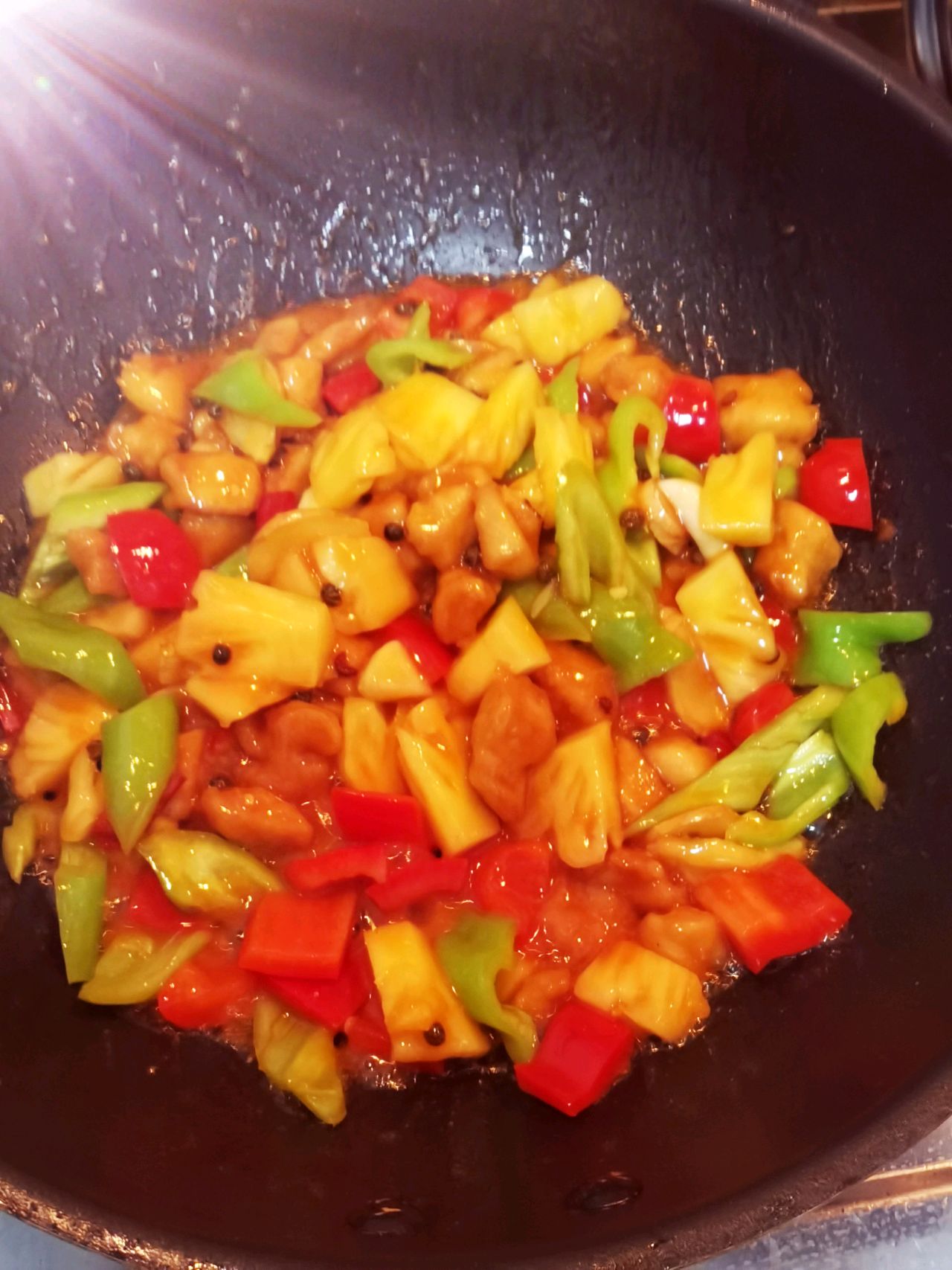 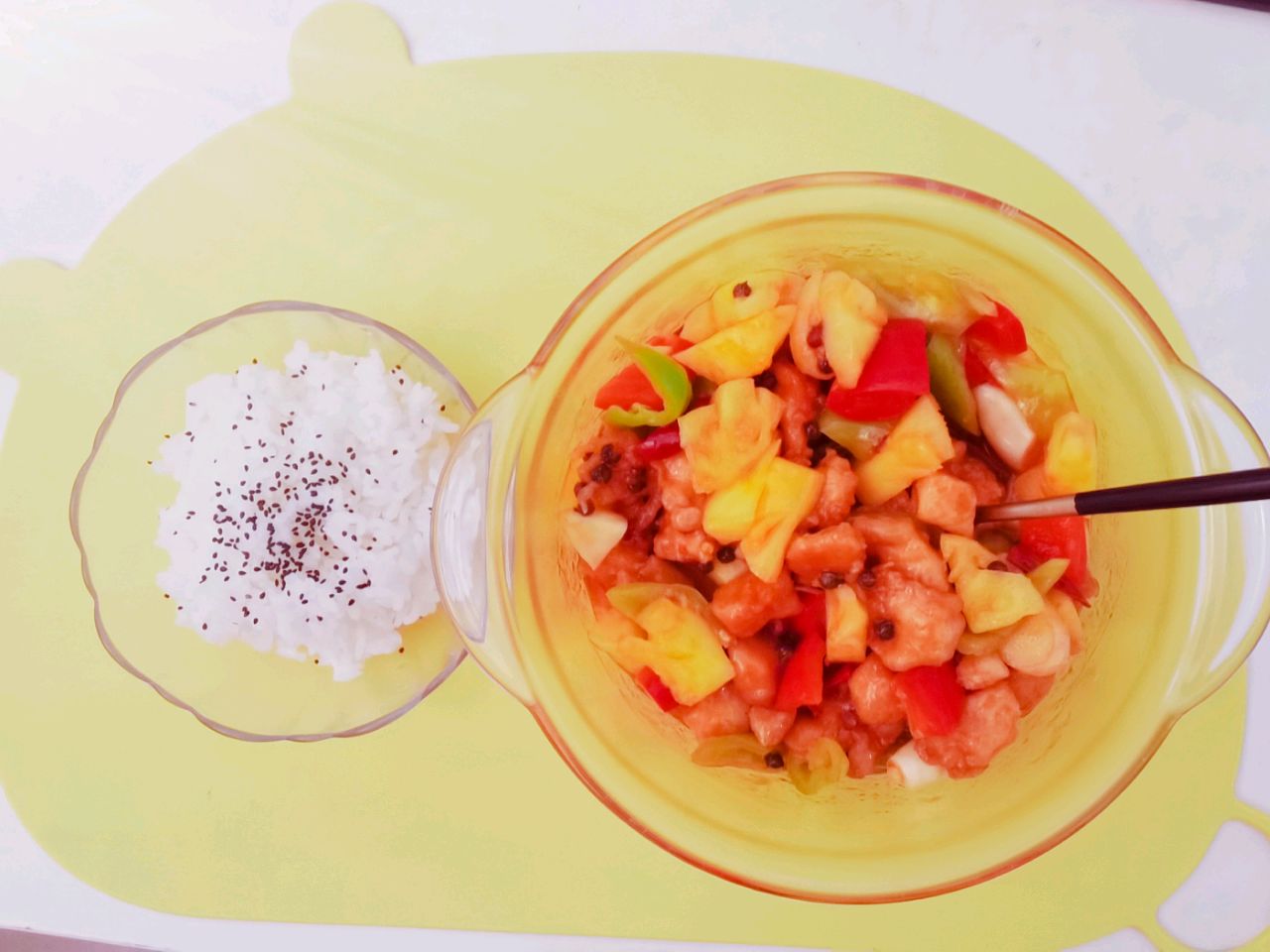 Sweet and sour pork is a dish that is easy to learn but difficult to master. But mastering some tips can help us master the skills quickly and successfully make this delicious dish.

1. You can also choose pork butt (pork shoulder) or pork belly to make this sweet and sour pork.

2.For the meat to be crispy enough, it is best to fry it twice. For the first time, fry until 8 mature, drain the oil, let it cool, and then heat the pan for a little frying to ensure that the fried food is crispy.

Can i use olive oil  to deep fry the meat?

It’s okay to use vegetable oils like corn, peanut, or rapeseed oil. You should generally avoid olive oil, for anything that involves higher heat. This is because olive oil has what’s called a lower smoke point, Which is the temperature at which the oil stops shimmering or rippling and starts smoking or burning. Smoking oil isn’t always a problem, And sometimes even desired for getting that perfect “Wok Hei” in your stir fry,But it’s a sign that the oil is breaking down Which can release burnt or bitter flavors or even harmful free radicals.

What is sweet and sour pork called in China?

Sweet and sour pork sits among some of the most well-known Chinese dishes outside of China.

In Cantonese, we called it “Gu Lou Yuk “, while in mandarin, we call “Gulaorou”.

Why is sweet and sour sauce red?

Sweet and Sour Sauce is as easy as bringing a few ingredients including pineapple juice, brown sugar, and soy sauce to a boil before adding a cornstarch slurry to the mixture to thicken it. The classic red color from sweet and sour sauce comes from red food coloring (which is completely optional).

What is Chinese restaurant sweet and sour sauce made of?

While sweet and sour can be found in diverse forms in China, the American version builds upon the simple mixture of sugar, vinegar, and spices with the addition of fruit juice—most commonly pineapple—and ketchup, giving the sauce both its red hue and uniquely Western flavor.