Sweet and sour is a generic term that originated from Chinese cuisine and encompasses many styles of sauce, cuisine and cooking methods. The etymology of the term “Sweet and Sour” comes from the Chinese word “甜酸”(甜 = sweet, 酸 = sour), formally used in Chinese dishes as “糖醋“ (糖 = sugar, 醋 = vinegar). It is commonly used in China since the Tang Dynasty (618-907), East Asia, Southeast Asia, and has been used in England since the Middle Ages. Sweet and sour remains popular in Europe and the Americas.

Sweet and Sour dishes, sauces, and cooking methods have a long history in China. One of the earliest recordings of Sweet and Sour comes from《烧尾宴食单》, a menu of the food served in Tang Dynasty (618-907) festivals written in 708. It included many Sweet and Sour dishes and recorded that they were invented by Chancellor Wei Juyuan under Emperor Zhongzong of Tang when he hosted the Emperor at his house, one of them is the iconic Chinese dish Sweet and Sour Spare Ribs. Some authors say that the original sweet and sour sauce (simplified Chinese: 糖醋酱; traditional Chinese: 糖醋醬; pinyin: tángcùjiàng) came from the Chinese province of Henan, but the sauce in this area is a light vinegar and sugar mixture not resembling what most people, including the Chinese, would call sweet and sour. Many places in China use a sweet and sour sauce as a dipping sauce for fish and meat, rather than in cooking as is commonly found in westernized Chinese cuisine.This style of using sauces is popular amongst Chinese who tie certain sauces to particular meats such as chili and soy for shrimp and vinegar and garlic for goose. There are, however, some dishes, such as the Cantonese sweet and sour pork or Loong har kow (sweet and sour lobster balls), in which the meat is cooked and a sauce added to the wok before serving.Not all dishes are cooked; some, such as “sweet and sour fruit and vegetable” salad from the eastern regions of China, also find their way in Chinese cuisine.
Sour pork is also called sweet and sour pork or sweet and sour pork. English is “Sweet and Sour Pork”. It is a traditional Han Chinese dish in Guangdong. It belongs to Cantonese cuisine and is cooked with sweet and sour sauce and pork. This dish is one of the most familiar Chinese dishes for Europeans and Americans, so it is widely seen in restaurants in Chinatowns outside of China. After arriving in the United States, I found that sweet and sour pork and Kung Pao chicken should be the two most popular Chinese dishes among foreigners. Today I made sweet and sour pork instead of white vinegar. Instead, I used hawthorn and lemon to let the original sourness of the ingredients permeate into the juice and give it a lemony fragrance. I chose Dole’s frozen pineapple to make it sweeter. I chose brown sugar instead of white sugar to make the sauce. The color of the juice is more bright red, in Nicholas Tse’s words: the extreme acidity coupled with the extreme sweetness is just like love. If you don’t understand during the production process, you can follow me on Douguo first, then add my WeChat account phoenix_xb, and indicate Douguo + your nickname in Douguo. I will respond to your questions in time! My Sina blog:

Ingredients for sweet and sour pork with pineapple

How to make sweet and sour pork with pineapple 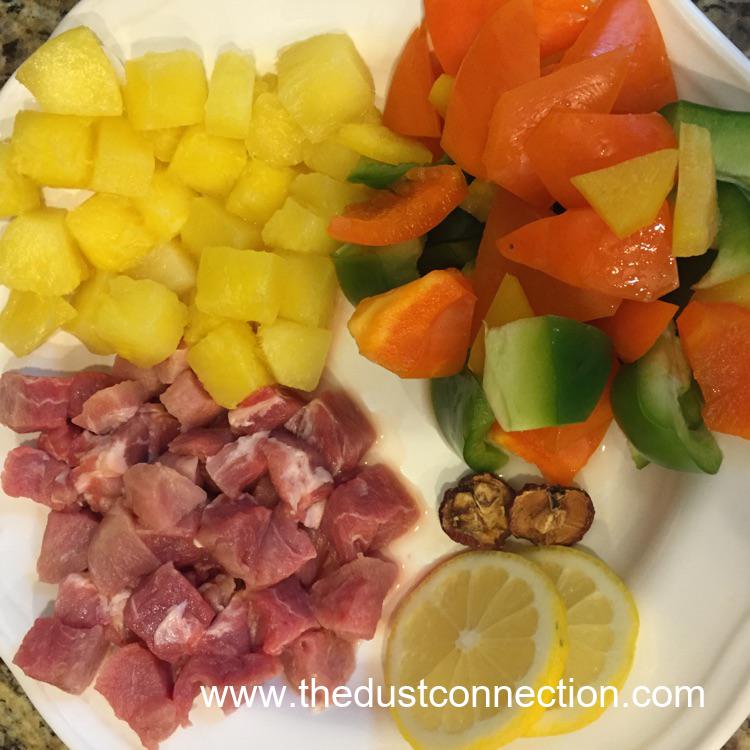 Cut the pork loin into small cubes about 1.5cm, the pineapple into the same size, and the green pepper and red pepper into cubes. 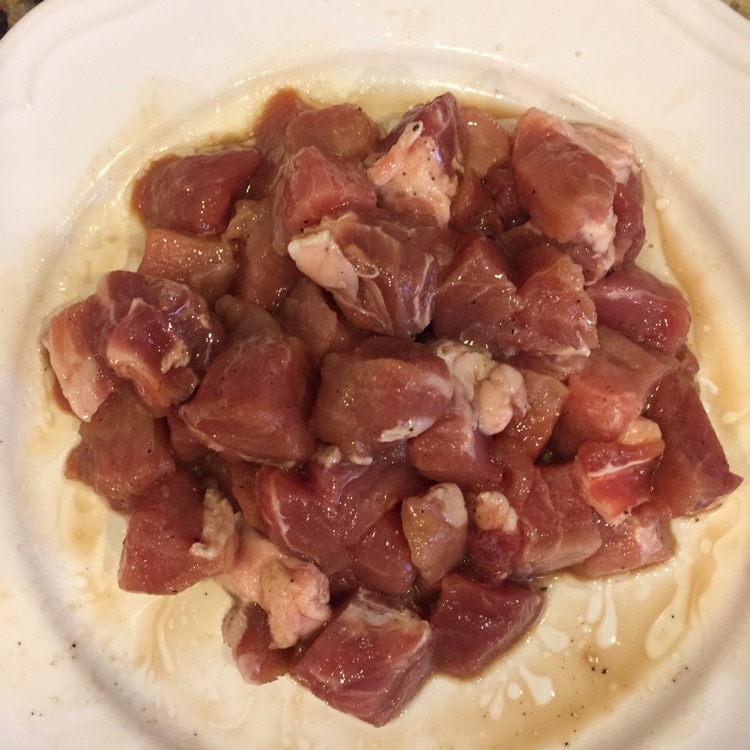 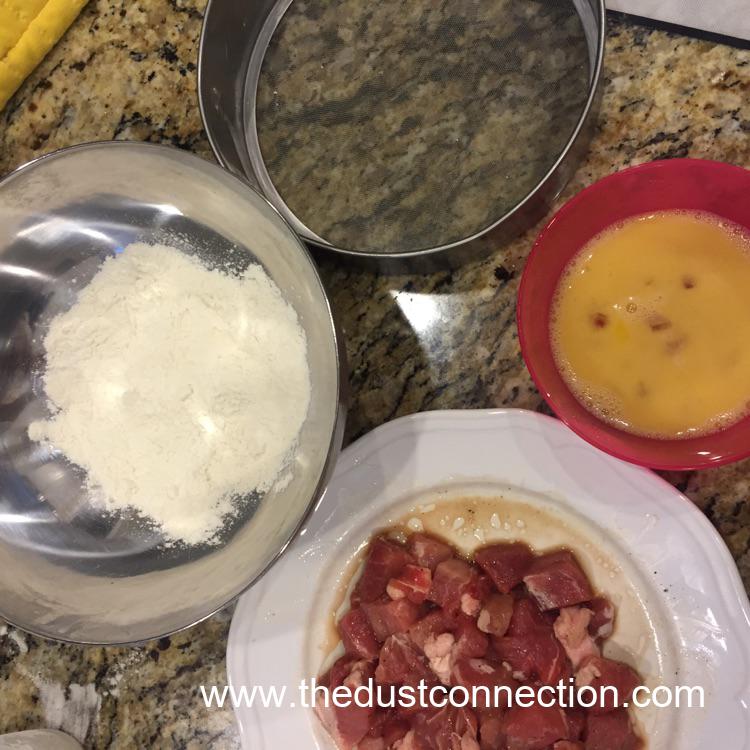 Make an egg. If you want to be crisper, you can use only egg whites. Roll the meat in the egg liquid and put it in the flour and roll evenly 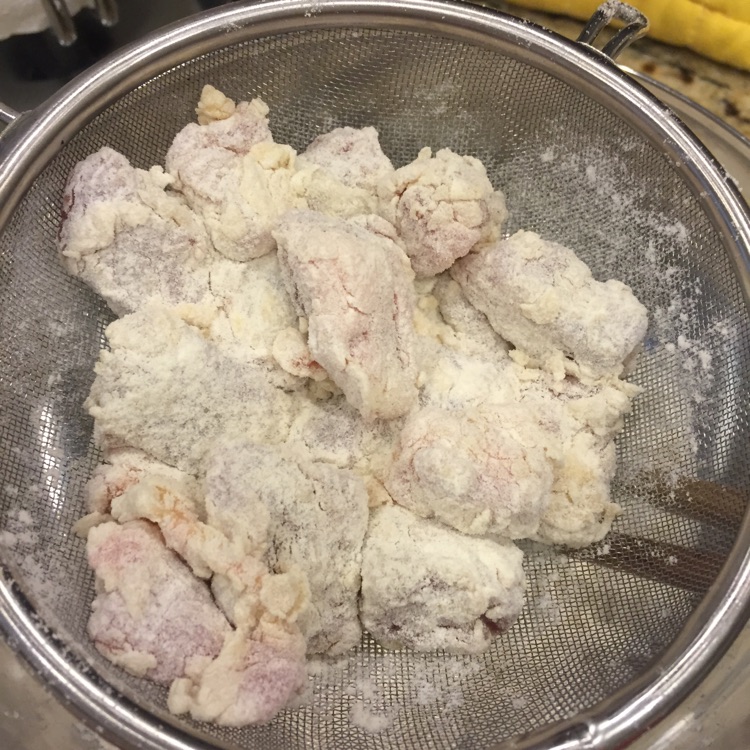 Put the meat in a sieve to remove excess flour 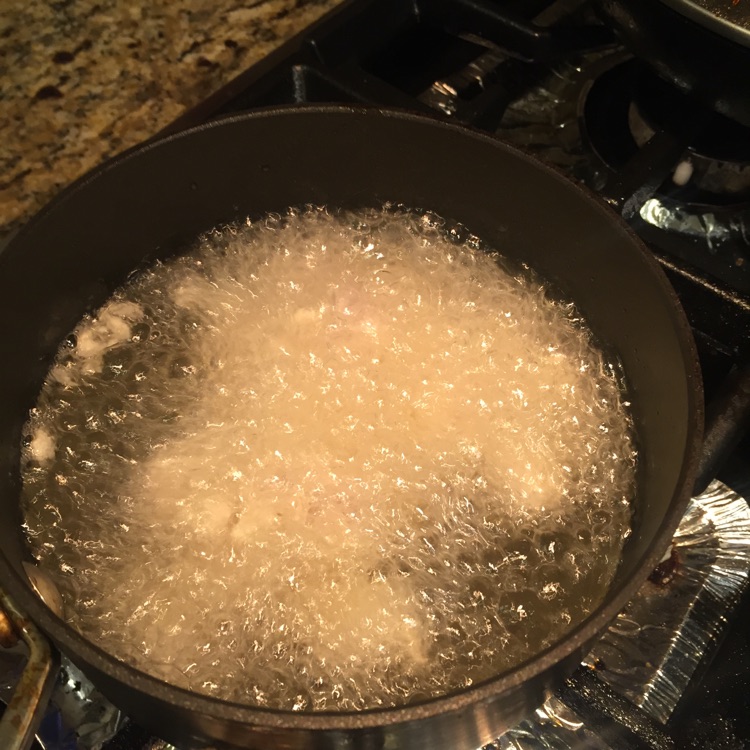 Put the oil in the small milk pot and heat it to about 200 degrees. The naked eye can see that the oil has a flowing sensation. When the meat is added, the oil will immediately bubble up. 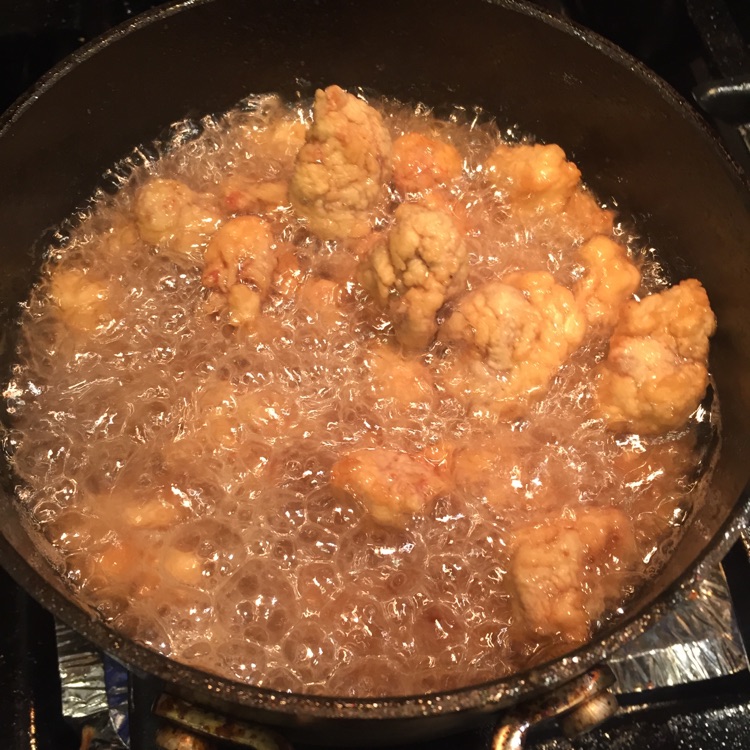 Fry on medium heat until golden brown, remove and drain the oil 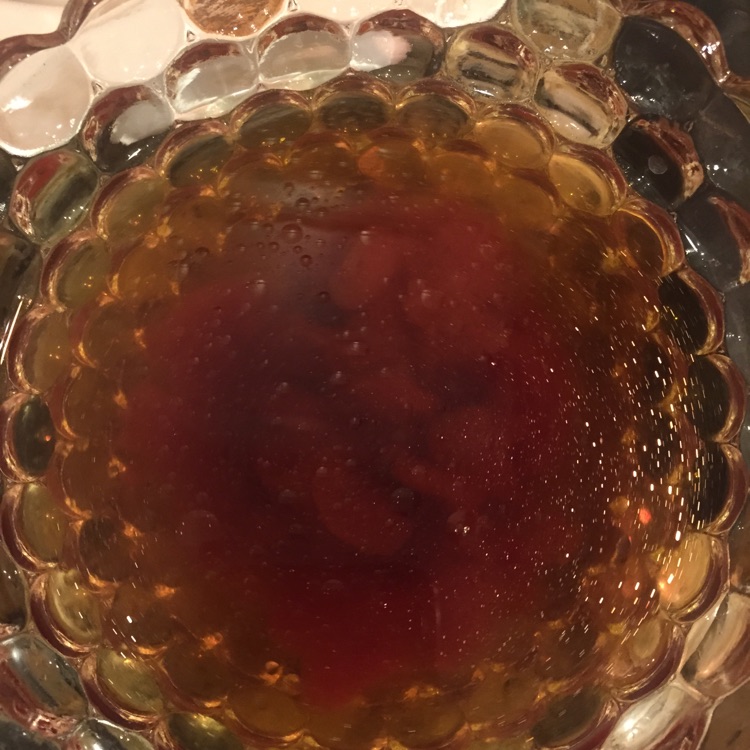 Mix 150ml of water, 45ml of tomato sauce, 15g of brown sugar (sweet according to your own taste), and 15ml of light soy sauce to make a juice 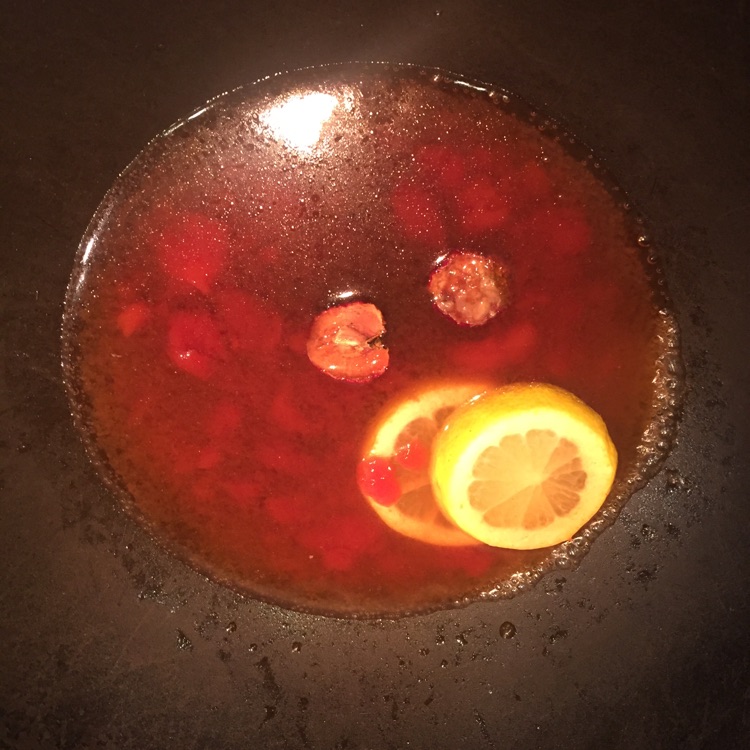 Without putting oil in the pot, add the sauce, hawthorn, and lemon directly to the bubbling. You can add a little starch to make it thick, or leave it alone to make it thick. 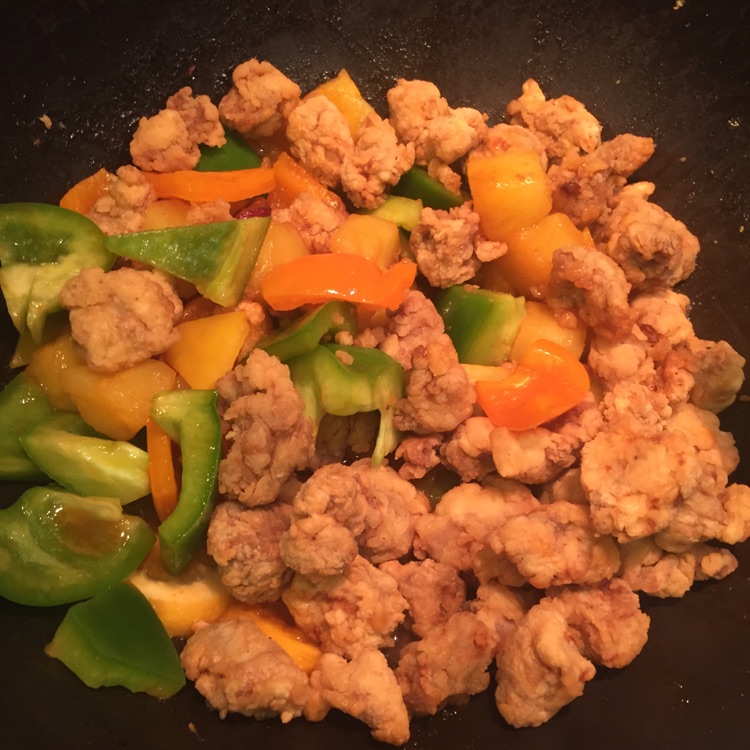 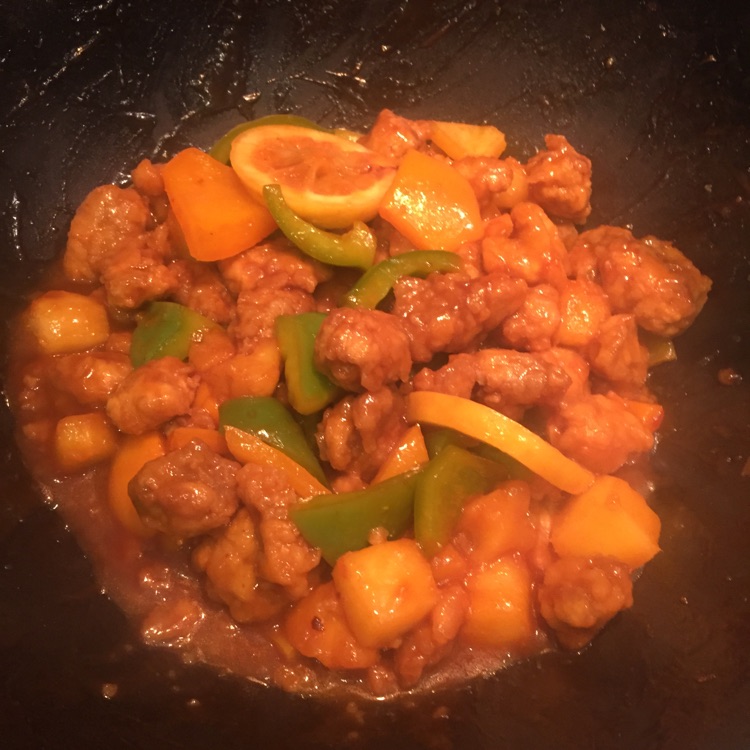 You can start the pot until the juice is put on 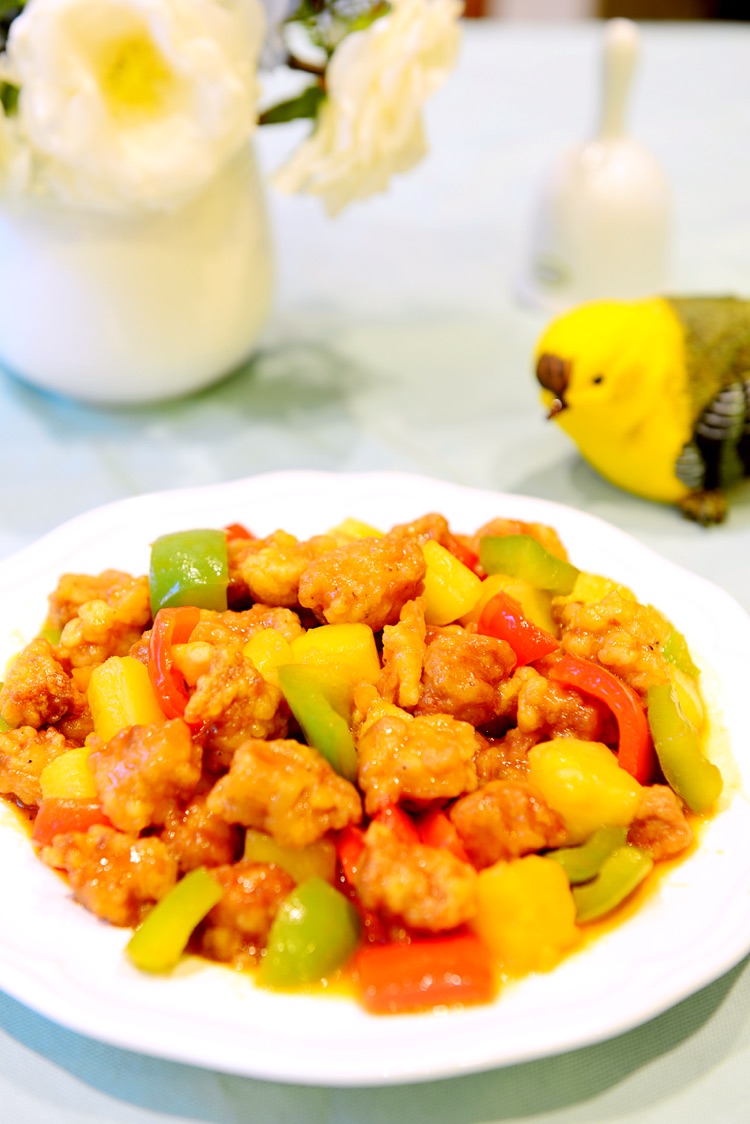 The sweet and sour pork is ready

Tips for Cantonese cuisine sweet and sour pork with pineapple