Much folklore is connected with rice. For instance, it’s considered a bad omen if you break a rice bowl any time of year but especially during Chinese New Year. It means you may lose your job or suffer some financial loss in the coming year, because, to lose your job, is to break your rice bowl. As a child, I was taught to believe I had to finish every grain in my rice bowl because my future husband would have as many pockmarks on his face as there were grains left in the bowl.

Rice is to the Chinese what bread and potatoes are to Americans. Since rice has a bland, neutral flavor, it acts as a perfect palate-clearer in a Chinese meal particularly if two, three or more entrees are served. A small bit of rice is taken between sampling the entrees. By doing this, you clear your taste buds of one flavor so you can fully appreciate the flavor of the next dish. That’s why you never should flavor the rice with salt, butter or anything else. It should be consumed“au naturel.” Consequently, you can see how important it is to have plenty of rice when serving a Chinese dinner. One of the greatest mistakes a hostess can commit in serving a meal to a Chinese is to run short of
rice.

This reminds me of an experience my husband and I had recently at the home of some very dear friends, a Caucasian couple. The husband had been experimenting with Chinese cooking and was anxious that we try some. He made sweet and sour pork, stir fry beef with bean sprouts and Mongolian lamb. Everything was absolutely marvelous! But, to my husband’s chagrin, the host made only two cups of cooked rice for the four of us. That’s not even enough for my husband alone! Consequently, we couldn’t fully enjoy the dinner even though everything was delicious. When you have Chinese guests, it’s far better to run out of entrees than to run out of rice!

What are the different types of Chinese rice?

We use two kinds of rice. 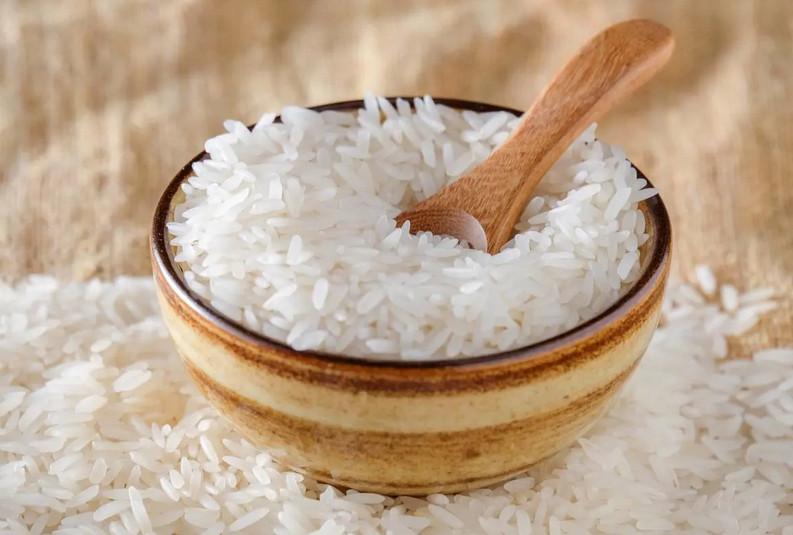 Long grain, used for our daily meals, is the most common and, when properly cooked, each grain separates easily and isn’t sticky. 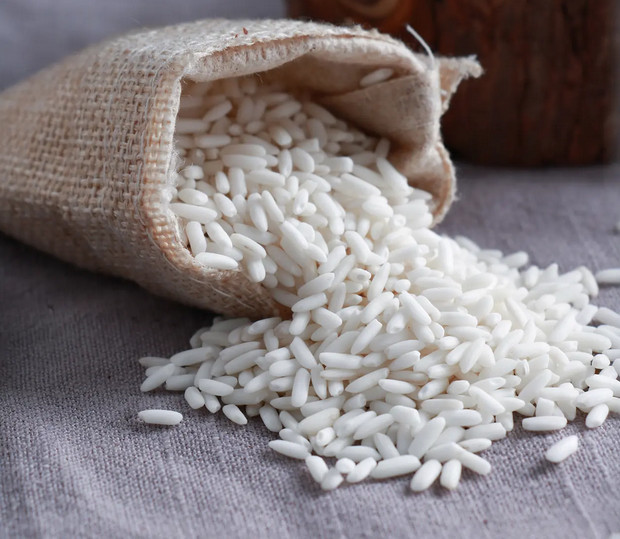 The other kind is glutinous rice, also called pearl rice or sweet rice. The Japanese call it mochigome. This rice, which has a very sticky consistency when cooked, is much shorter, rounder
and has an opaque, chalk-white color. We use this for rice stuffing and for a special dish resembling the tamale.

We never use any pre-conditioned or pre-cooked rice. It has no substance; it’s like biting into a puff of cotton candy. Perhaps some of you never have used anything but pre-cooked rice. Perhaps you’re afraid the other kinds won’t turn out. Don’t be.

Here’s a simple recipe to follow and a 100% fail proof way to cook rice. And there’s a bonus. It won’t leave a brown crust at the bottom of the pan to scrub and scrub. So on to perfect rice, everytime!

How to wash rice?

You don’t know how to wash rice? Simple. Pour enough water into the pan to cover rice and rub the wet rice between your hands. The washing removes the starchy film on the outer surface so the rice will be less sticky. Some of you will say I’m washing vitamins away. That may be true but you get so many vitamins from stir fry dishes, the loss of a few won’t hurt. 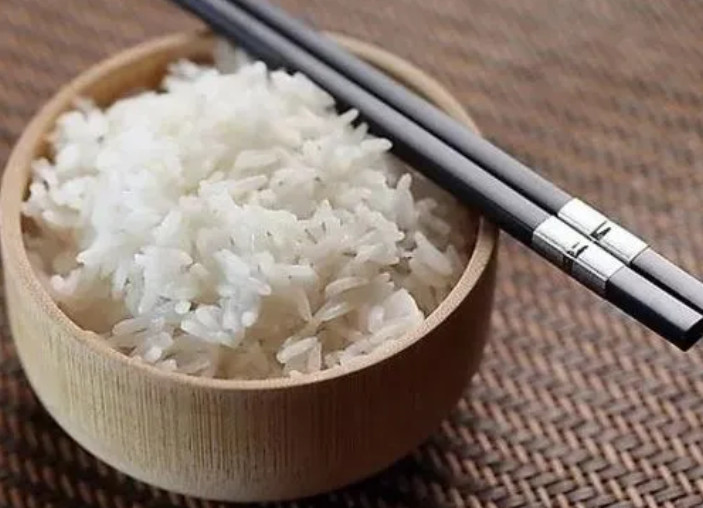 Turn burner to high, set pan on burner and bring rice to a boil. Continue boiling, uncovered, over high heat until most (80%)of the water has evaporated and wells form on top of the rice. Cover, turn burner to the lowest setting on your stove, and continue to cook for 10 minutes.

Turn burner off and let rice rest for 10 minutes before serving. 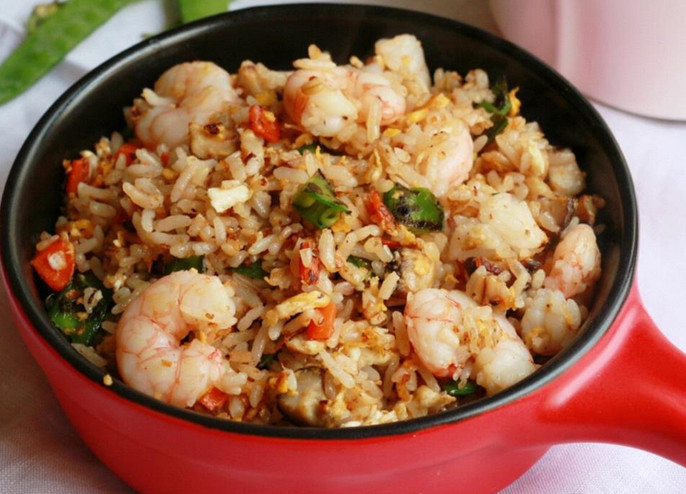 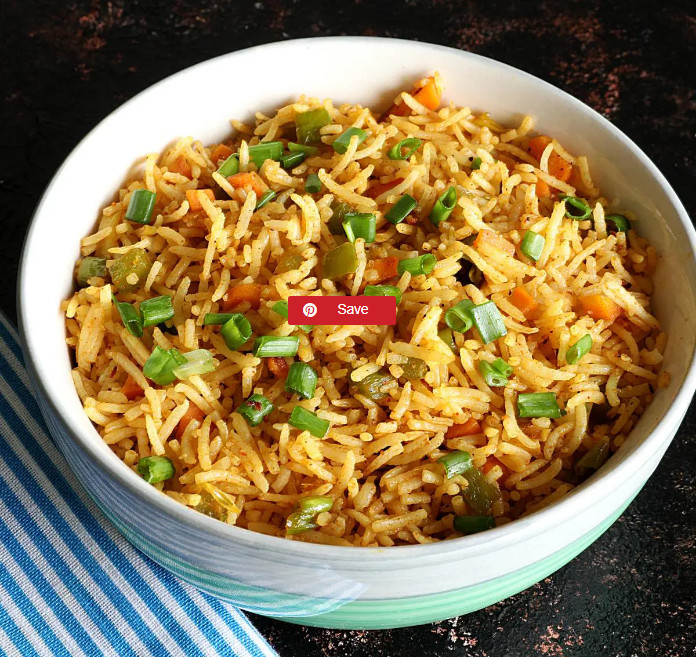 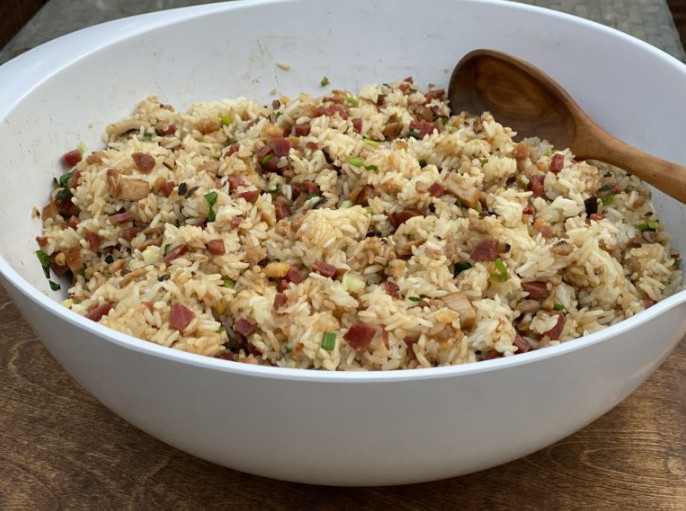 Cook rice in 2 1/4 cups water according to boiled rice directions. While rice is cooking, heat wok and stir fry bacon with the giblets until done, about 3-4 minutes. Set aside. There should be some bacon fat left. If not, add l tbsp. oil and stir fry celery, onion and mushrooms for 2 minutes. Add meat mixture. When rice is done add, while still hot, to mixture in wok. Add salt, soy sauce, sesame oil and green onions. Mix well and serve.